Trending
You are at:Home»Adventure Travel»World’s Worst Wildlife Operations and Their Animal-Friendly Alternatives
By Karli updated on April 26, 2018 Adventure Travel

When making a list of why we love travel, wildlife is high up there for a lot of us. What’s Africa without giraffes, or Latin America without pink dolphins and cheeky monkeys? Wildlife tourism is immensely popular, but often the good times are had at the expense of the animal’s wellbeing. Even more unfortunate is that the wildlife experiences that are the most popular are usually the most harmful, with tourists clamoring to handle, ride, and even hunt the animals on display.

Listed below are some popular-but ultimately unethical-wildlife tourist attractions, accompanied by their animal-friendly, conservation-based alternatives.

Los Serpentarios, often referred to as “Las Boas,” are illegal zoos outside of Iquitos which claim to be animal rescue centers. Their animals however were never in need of rescue until Las Boas got ahold of them: they pluck perfectly healthy, happy animals from their natural habitats and place them into captivity where they are poorly cared for and roughly handled by tourists. Because boat guides often receive kickbacks from zoo owners, it is hard to avoid a stop at one of these operations. Be sure to tell your boat guide exactly where you want to go and don’t allow them to take you anywhere else.

Pilpintuwasi is a wildlife rescue and temporary custody center for orphaned animals. They are a nonprofit organization officially recognized by the Peruvian government for fighting animal poaching and trafficking. They go to great lengths to ensure their animals live in habitats – not cages – which mimic their natural environment to the extent possible. Their residents change frequently as new rescues are brought in and rehabilitated animals are released back to the wild, but at any given time you can see various monkey species, coatis, capybara, ocelot, and even a jaguar.

This center rescues orphaned manatees whose mothers have been injured by boat propellers or killed for food. The center hosts both baby and adolescent manatees and various other animal orphans. The Orphanage is supported by both the IIAP (Institute for Investigation of the Peruvian Amazon) and the Dallas World Aquarium, so it is an established, legitimate organization. Entry is free, but donations are expected. Not only will you get your up-close-and-personal experience (is there anything cuter than feeding a baby manatee a banana?!) you are making a contribution to an organization worthy of your support. The Orphanage is located 4.5 kilometers up the highway from the Iquitos city center, so if they put you on a boat, you’re going the wrong way. 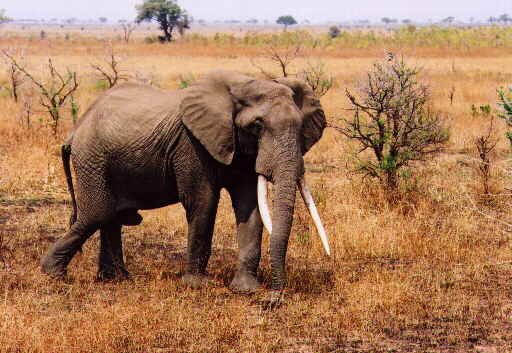 The truth about elephant riding has recently come to light: an elephant might seem docile and keen on giving you a lift, but any elephant who has been “broken” has experienced insufferable violence and abuse. Many places in Southeast Asia offer elephant experiences which include rides, but do your research: many accidents have occurred that have left the elephants, riders, or both injured or dead.

The first of its kind in the world, this hospital has a world-famous live-in guest: 50-year-old Moltala. Moltala lost her foot and part of her leg to a landmine in Myanmar and was the first elephant ever to receive a prosthetic limb. You can learn all about her story and elephant medicine in general, as well as take the odd selfie (although don’t get too close – I learned the hard way how strong elephants are) at this center south of Chiang Mai. The Elephant Hospital is NOT affiliated with the center next door, which is government-run but may or may not offer elephant rides and “shows.”

The Elephant Nature Park is widely renowned as the best place in Thailand to see elephants, and for good reason. Elephants roam free in their natural habitat and can come say hi on their own terms. The founder has been named Asian Hero of the Year by Time magazine, and the nature park has received recognition from numerous other big names, including National Geographic. Elephant Nature Park offers daytrips, overnight stays, week-long volunteering gigs, and externship programs for veterinarians. The park is also a dog rescue, offering a double shot of adorable. 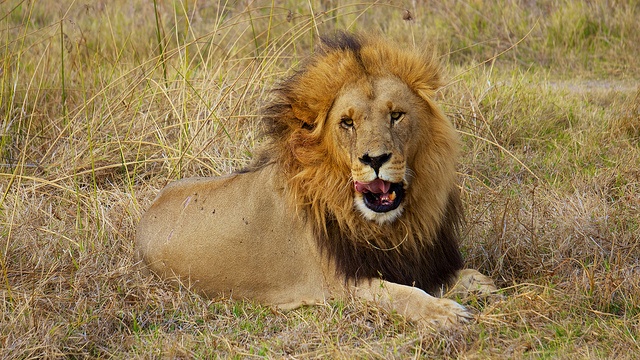 Seemingly legitimate operations all across in Africa offer tourists an opportunity to “walk with lions.” These nonprofits claim to be breeding endangered big cats to release back into the wild, but even the most well-known and respected of these organizations has yet to release a single cat,-and it was founded in 2005. Lions are often very stressed out by their interactions with humans and live significantly shorter lives than their wild counterparts because of it. Conservationists worry that these cats may end up in breeding farms that supply lion-hunting operations when they become too ornery to interact with tourists. The same goes for similar operations in Thailand: stay clear!

The Manyara Ranch is a private wildlife conservancy with a small tent camp for overnight visits. Visitors can lounge in viewing hides and watch elephants, lions, zebras, and others savanna creatures go about their day undisturbed. Manyara Ranch is considered a “luxury safari,” but it partners with several well-esteemed wildlife foundations. Together they conduct ongoing research of the area’s flora and fauna, run anti-poaching operations and even host a primary school on ranch property. For those on a budget, Tarangire and Lake Manyara national parks are nearby and not a bad choice either.

Even better than observing animals in their natural habitat is a stint volunteering and lending a hand in their rehabilitation. The Lilongwe Wildlife Centre is an award-winning sanctuary housing nearly 200 rescued wild animals, including carnivores, primates, reptiles, and antelopes. Volunteers get to participate in all aspects of rehabilitation, from feeding the animals to helping with releases. The center has a strict hands-off policy, but orphaned babies often require surrogacy care. What could be more awesome than professional, ethical animal cuddling?

SeaWorld has been under a lot of scrutiny for its treatment of marine mammals since the release of the 2013 documentary Blackfish. Turns out, riding whales and keeping them in a concrete pool for the duration of their lives is detrimental for all involved: Land and sea dwellers alike. SeaWorld has demonstrated that marine mammals become aggressive and deadly despite their peaceful nature and live shorter and unhappier lives in captivity.

The Florida Keys National Marine Sanctuary protects 2,900 square nautical miles of waters surrounding the Florida Keys, where the thousands of islands and their surrounding waters host an incredible amount of wildlife, including dolphins. You can watch dolphins here by taking an outing with one of many licensed charter companies. Visit the Dolphin SMART website for a list of companies and tours which allow dolphin viewing in a legal, responsible, and environmentally friendly way.

Okay, the San Juan Islands are only really superior to the Florida Keys National Marine Sanctuary because lets face it, we were only going to SeaWorld for the orcas anyway. Local whale watching operators in the San Juan Islands adhere closely to state and federal guidelines developed to ensure the whales’ behavior and life cycles aren’t disturbed, so as far as impact goes, you really can’t make a bad choice. You have the highest chance of seeing orca whales in the area from mid-May through mid-October, although there have been reported sightings at every time of year. If braving the waters of the Puget Sound by boats isn’t adventurous enough for you, you can conduct your observations by kayak. Come to Washington, get your Free Willy on, and queue up “Will You Be There” on your iPod.

Karli is a thrill-seeking, outdoor-loving slow-traveler from Olympia, Washington. She attended the Evergreen State College where she studied the history of Latin America and responsible tourism. She now wanders the planet aimlessly in pursuit of new cats to befriend and the world's best happy hour. You can see what she's up to at littlelosttraveler.wordpress.com.