Trending
You are at:Home»Africa»Morocco»Riding a Camel Through Morocco’s Saharan Desert
By Kelly on April 12, 2016 Morocco, Adventure Travel

It’s one of those experiences you have to have when you know you can—like trekking it out to Machu Picchu when you’re in Peru, or going on safari in Africa.

Riding a camel through the Sahara in Morocco– you just have to.

The second I knew I was going to Morocco, I started planning a trip to the Saharan Desert.

It’s been a dream of mine since I was a child, and I was dying for the chance to be able to ride a camel across those tangerine dunes and sleep out under the stars.

What I found out though, is that there are really a lot of things you should know and consider before you do such a thing.

For starters, it’s really far away. 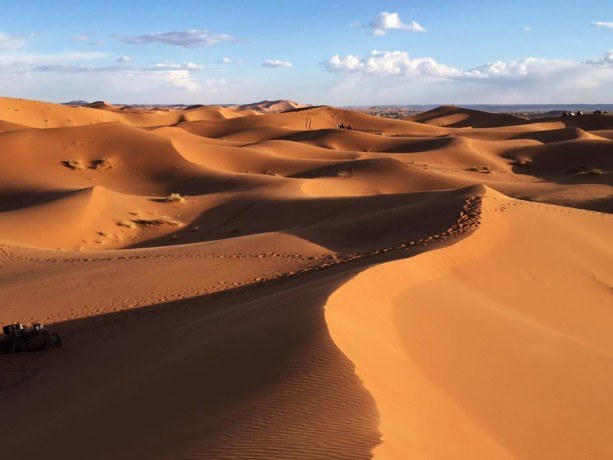 nowhere close to anything

The Sahara in Morocco sits on the country’s most eastern border, just a few km away from neighboring Algeria. There are no airports near here—the closest is in Fes, which is an 8-hour’s drive—so you have to really want to have this experience to justify the two days it takes to get from Marrakesh, where most tours depart from.

That being said, the drive composes some of the most gorgeous scenery I’ve ever witnessed. Coming from Marrakesh, your first day will wind you up and down through the incredible high Atlas Mountains (bring Dramamine if you get motion sickness), past Berber villages and through snow-capped mountain peaks. It’s incredible.

Heading to or from Fes, you’ll pass through territory that looks like it’s straight out of Switzerland—jagged volcanic mountains, sheep herders, snowy forests. There were many moments I spent looking out the window debating whether or not I was even in Morocco.

If the drive doesn’t bother you much, here are some other things you should think about before your trek: 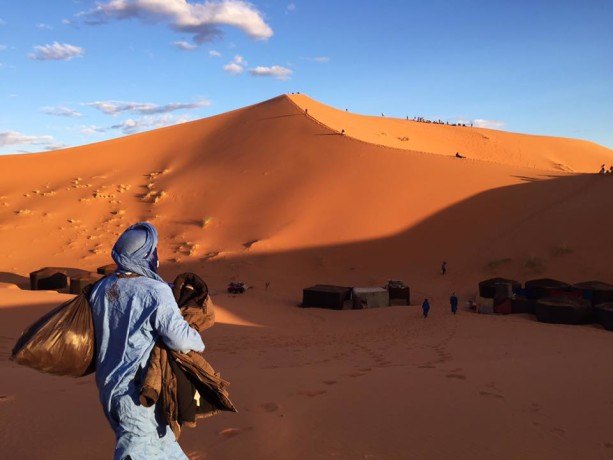 There are hundreds of companies that will take you to the Sahara. Most of the advice I had read told me not to book ahead of time and instead just walk around and ask tour companies in Marrakesh, but since we were short on time and hoping to head to Chefchaouen instead of Fes, we arranged this online before the trip.

Be sure your tour guide can speak fluently in your language. Our driver could not speak English, though we asked ahead of time if he could, and it really limited the experience as half of the time we had no idea what we were looking at. Still pretty, though.

You Get What You Pay For in the Sahara

Our desert tour cost us $225 per person, which included two nights of accommodation, gas, and breakfast and dinners. I didn’t find this to be an outrageous cost considering we were on a semi-private tour with just two other girls, but you can definitely do it cheaper (My friend Robert from Leave Your Daily Hell wrote about his tour, which cost him just $90.)

However, the old adage is true: you get what you pay for. Our camp was gorgeous and we had full beds in fully enclosed tents in the desert. We had a private bathroom, and a dining room. It was a lot better than your standard sleeping bag on the ground experience, which many budget tours will offer you (which was actually what I was expecting, to be honest). 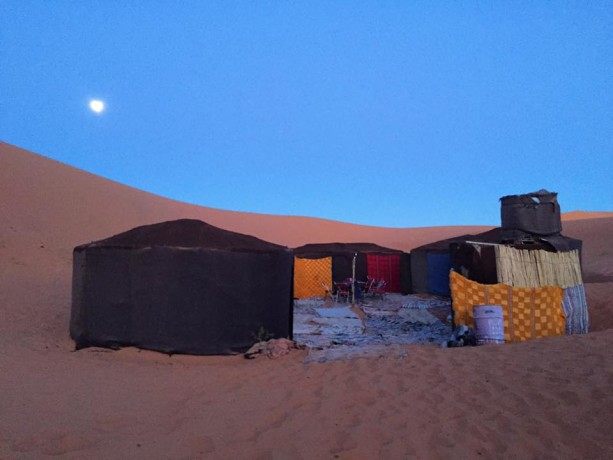 The Difference in 2-Day and 3-Day Tours

2 Day tours from Marrakesh will take you to Zagora, which is such a disappointment compared to the dunes of Erg Chebbi near Merzouga.

All those gorgeous photos you see of sun-kissed sand dunes? That’s Erg Chebbi. You need to go there.

If you absolutely, positively do not have the extra day to spare, then go on the 2-day tour. You’ll still see some amazing things. But if you can move anything around, I would book at least a 3, or even 4-day tour so you can see the sights most worth seeing. 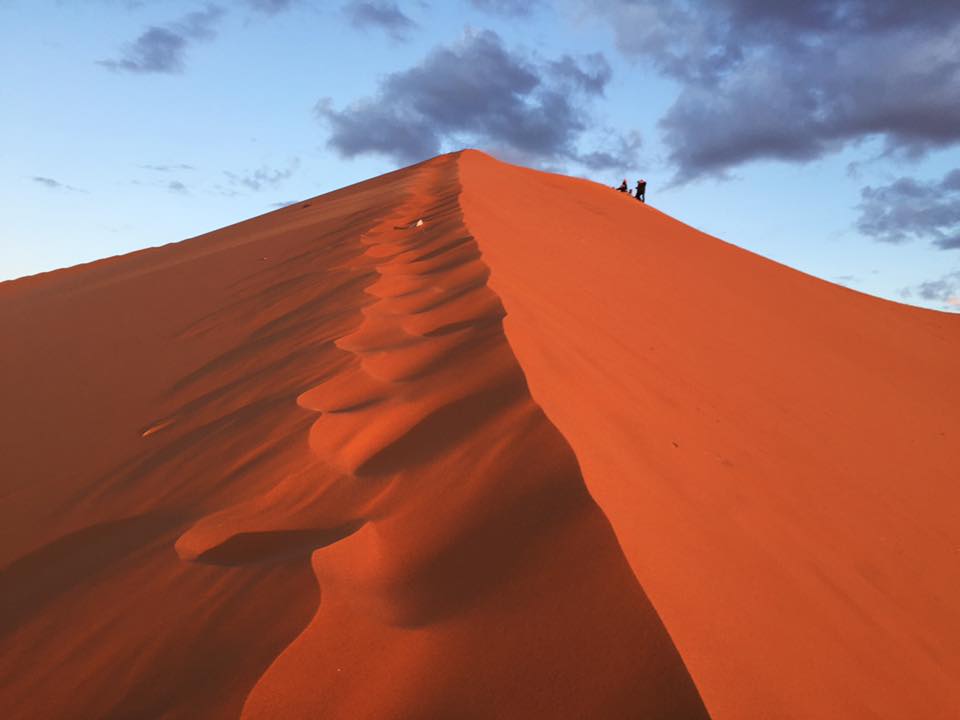 Is actually great. But it does get a little repetitive—meat in a bowl, meat on a skewer, BBQ meat, meat and potatoes—so if you’re the kind of person who enjoys a sweet treat from time to time, I suggest bringing some snacks along with you for the journey.

BRING TOILET PAPER! This is a rule when traveling through Morocco in general, but is especially true in this region of the country, where toilet paper seems to be limited.

In general, there are bathrooms in your camp in the desert, so you won’t be digging a hole when you have to go #2. There won’t be amenities (like pads, tampons, or any sort of toiletry you find in fancy bathrooms) and you probably won’t have access to a shower, unless you go the ultra-luxury route. But yes, you can poop in the Sahara. In the toilet, like a normal person. 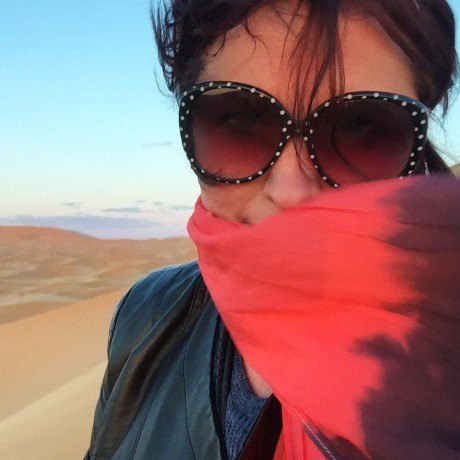 I was a little nervous as to how my accident-prone travel companion was going to handle riding a camel, but they were so sweet and gentle, and walked really very slow through the dunes.

All in all, it was one of the coolest experiences I’ve ever had. Have you been? What was your experience like?