Trending
You are at:Home»Asia»Bhutan»Bhutan’s Amazing Street Signs
By Kelly on June 10, 2017 Bhutan

Traveling through Bhutan is an adventure: most towns and cities are connected via the National Highway– a sometimes-paved one-lane road that winds up and down through the mountains with no guardrails and somehow fits two lanes of traffic. In short, it’s exciting.

I don’t have a massive fear of heights, so I mostly found myself glued to the views. And these hilarious street signs along the highway, which you can find mostly between Paro and Thimpu.

Here are my favorites: 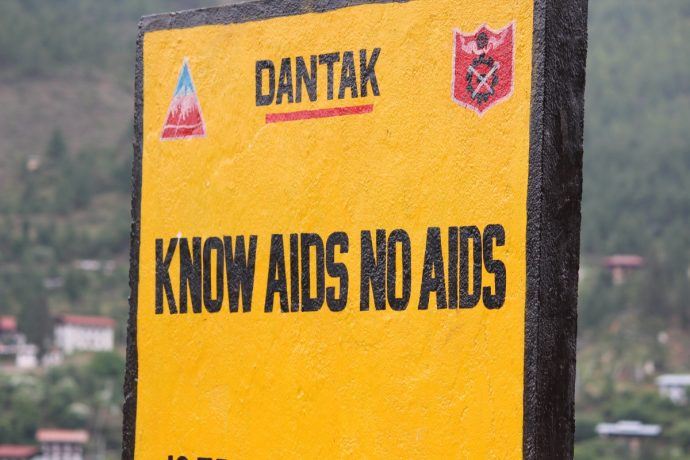 Bhutan is still working on educating the public about HIV and AIDS. This big yellow sign should help! 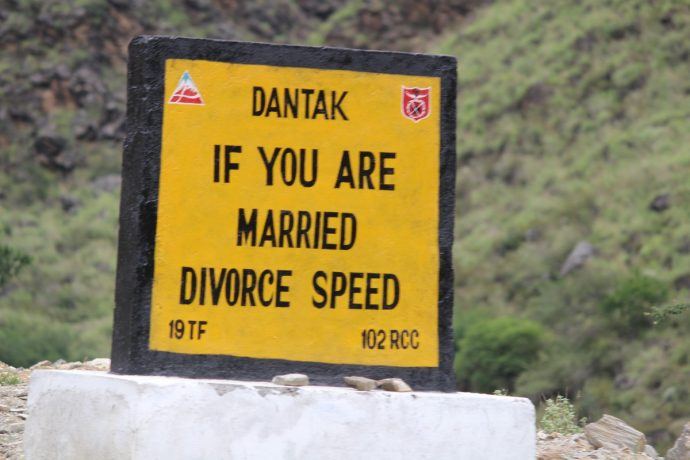 I mean, yeah! If you’re single though you can go ahead and just step on the gas. 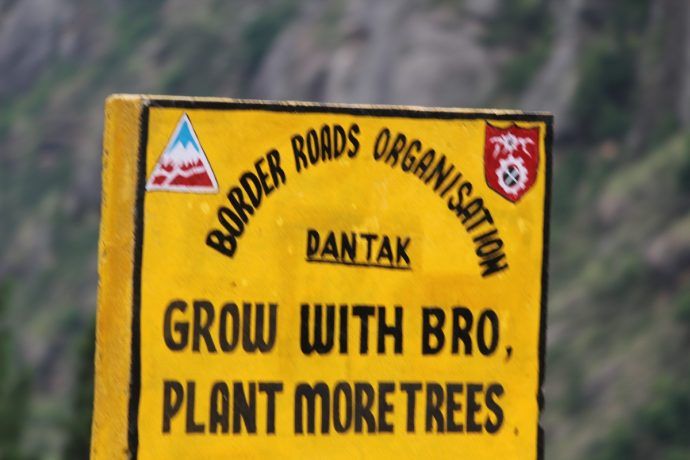 This is blurry, but I snapped it because at first I imagined a bunch of bros gardening and that thought really made me smile. Turns out though, BRO stands for Border Roads Organization. Much less fun. 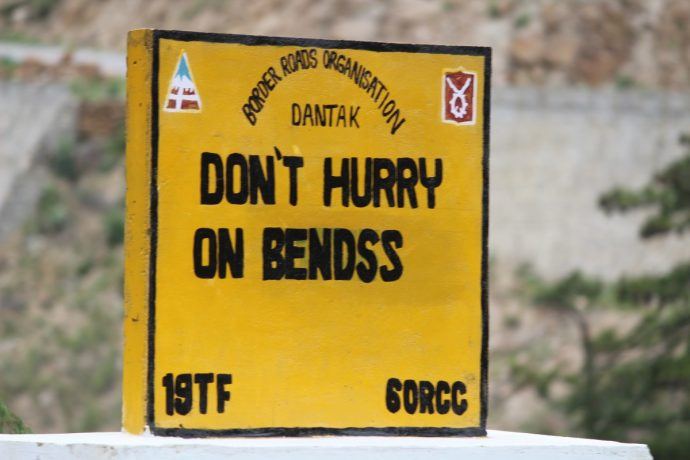 Or painting cement highway signss either. 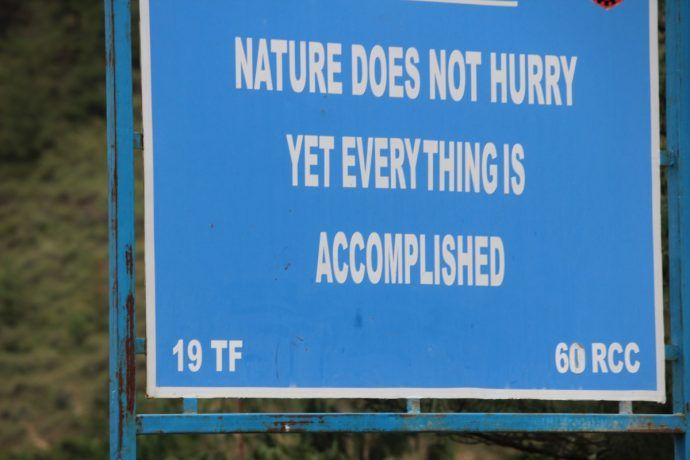 Simple, Buddhist, and succinct. I love this country. 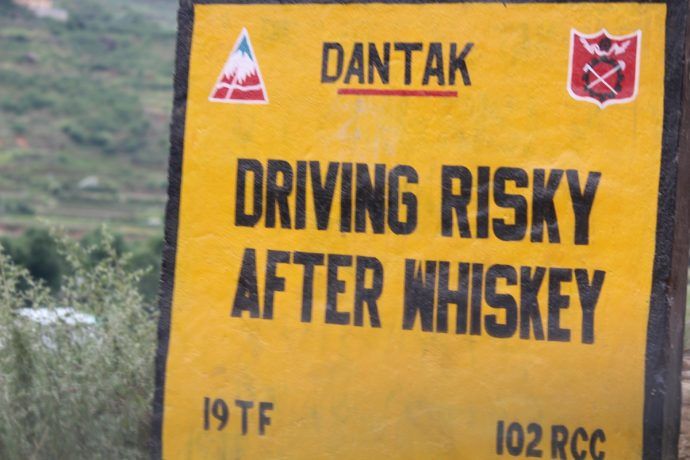 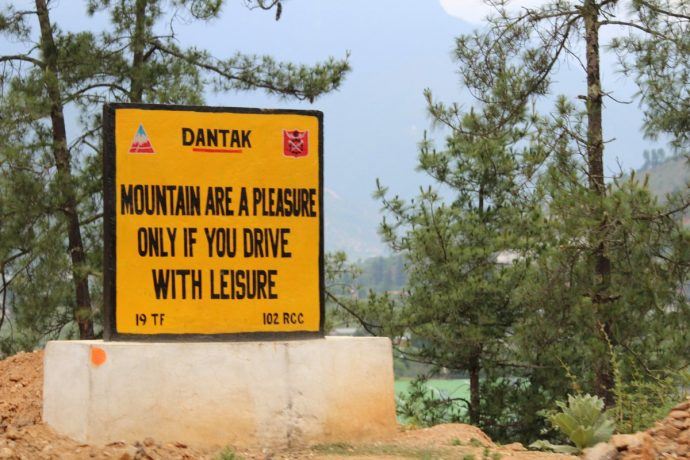 I think they meant mountain with an S, but either way, these mountains are definitely a pleasure when driving with leisure. If you don’t trust your driver though, you’re screwed. 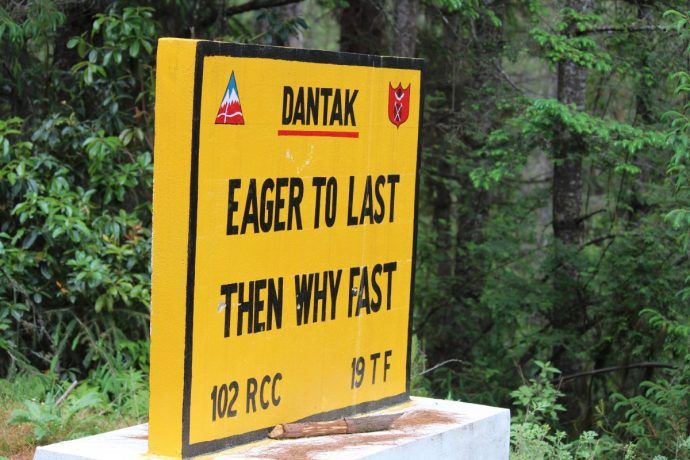 Applicable to so many situations, no? 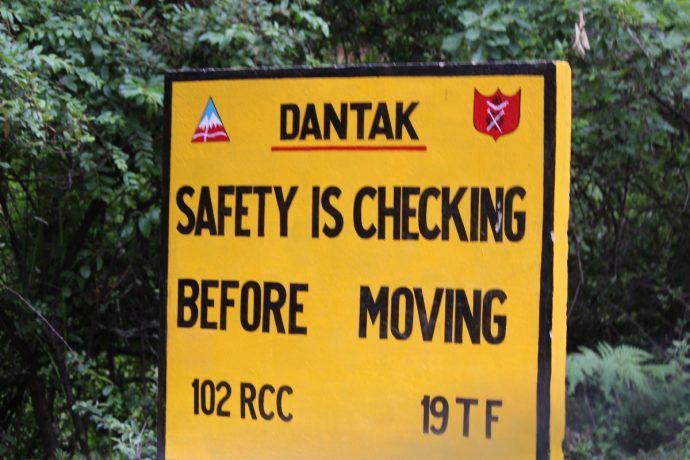 I’m not totally sure what they meant here. Checking your brakes, maybe? In my head it’s just everyone getting in their car, checking themselves so as not to wreck themselves. 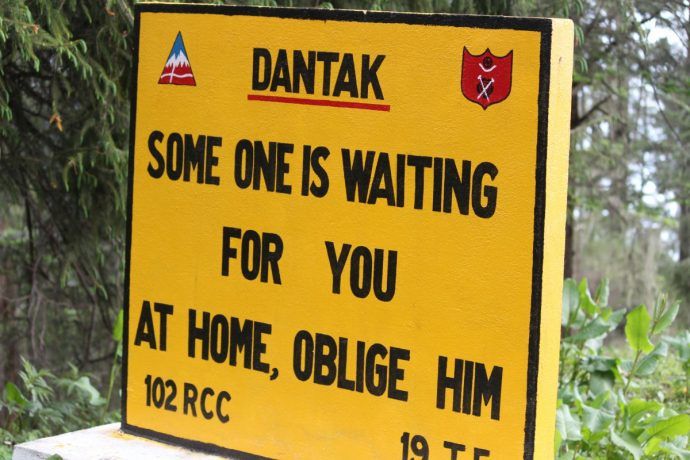 Pffft, you don’t know me Bhutan! My tour guide couldn’t understand why I thought the phrase “oblige him” was so funny. It just sounds so dismissive and diminutive to me. Certain phrases and words just don’t translate well, I guess. 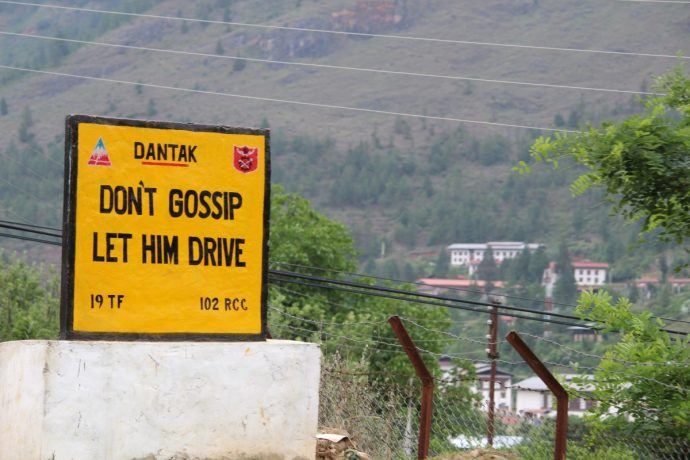 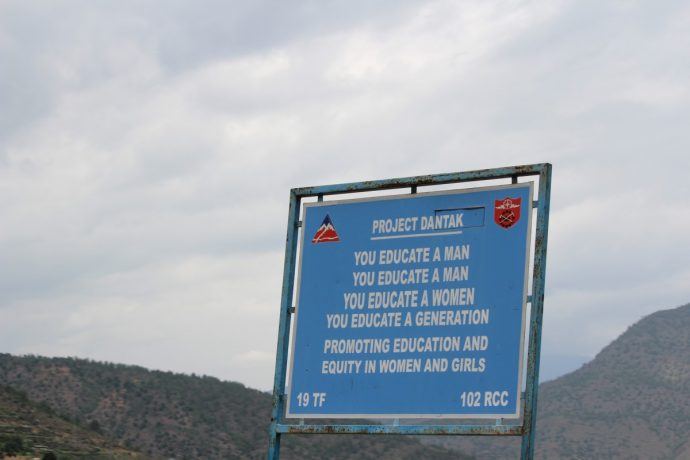