Trending
You are at:Home»Asia»North Korea»The Many Faces of North Korea
By Anjaly Thomas on May 3, 2016 North Korea

When you travel to North Korea, you’re not technically allowed to take pictures of anything that has not been approved by your guides or minders. You cannot just photograph locals, unfinished buildings or soldiers– your minders are paid to keep you from doing these things, and they are good at it. 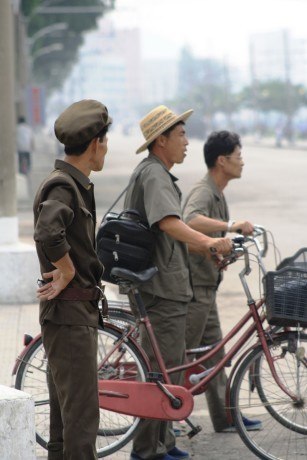 Your guides might not necessarily speak sternly to you, but they will remind you of the rules and tell you things like, “it is forbidden because the locals are innocent people and wary of the cameras.”

In the end, chances are that you will give in and stop taking pictures altogether.

Or maybe those very subtle warnings will make you want to break every rule in the North Korean tourist book.

Before I left for North Korea, I had heard that the Koreans often “planted” actors among the general public for the benefit of the few tourists that brave the odds and come to this country – today, post visit, I tend to agree to that somehow.

There is very little chance for you to see beyond that, because you’re not allowed to go out of sight – “for your own safety”!

But despite the rules governing you, you do see people – at the restaurants, at the souvenir stores, hotel reception, places you are allowed to visit – or even when driving through. 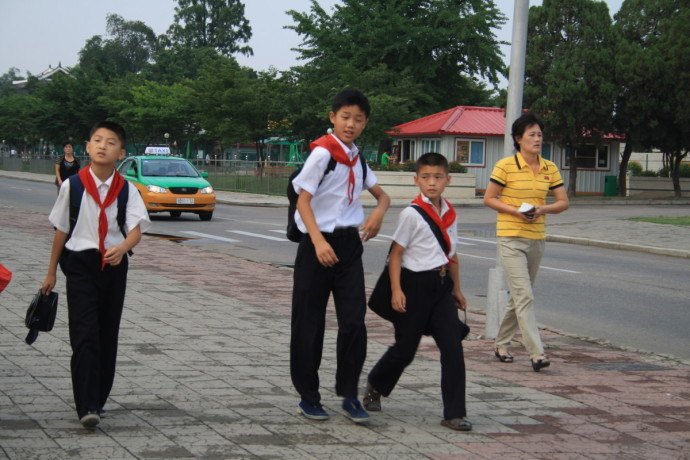 These kids are on their way to do “volunteer work” after school. Or are they?

And the faces you see in Pyongyang are beautiful – supposedly because the government only allows beautiful people to live in the capital city. The rest of the country’s population, the not so handsome, the poor and the starving, are sent away to the villages and out of sight – but there is no way to be sure.

In DPRK everyone is required to wear a lapel pin with the picture of The Kims (Kim Il Sung and Kim Jong Il), but you don’t just pin it to your clothes, you place it with respect, just above your heart. Moral police keep a watch for those who do not and punishment is severe in case of an oversight. Women, however, can be given a long rope. 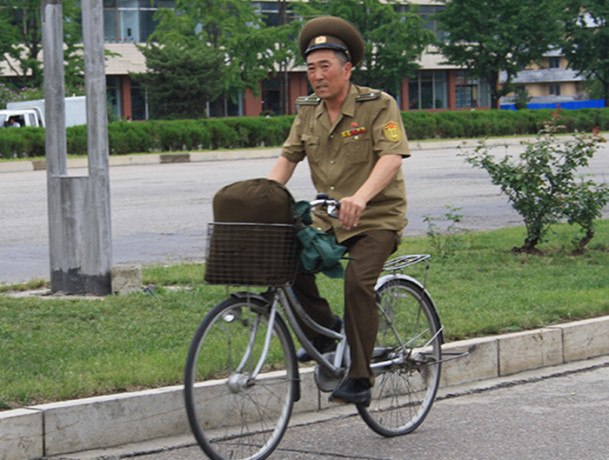 The photos you see in this post are the The Everyday Faces. The faces of people that do not have to pretend, look good or feel in any way important, who form the core of the society but who go unrecognized and unheard. People who are just faces without any particular reason to exist.

Have you been to North Korea? What did you think of your “tour”?