Trending
You are at:Home»Asia»Sri Lanka»Sri Lanka for Solo Female Travelers
By Kelly on May 7, 2017 Sri Lanka

When I first to arrived to Sri Lanka, I was a little taken aback by how often I found men staring at me. Is it just that I’m blonde? Is it that I’m blonde? Or did I wake up and suddenly become irresistible (kidding!)?

My initial perceptions of congested Colombo left me feeling overwhelmed, and in short, I just wasn’t totally sold.

But after two weeks of traveling around this beautiful island, I’m singing a different tune.

Here are some things solo female travelers should keep in mind on their next visit to Sri Lanka.

1. Choose a Good Place To Start

Your initial impression of a place can be make or break for how you’ll feel about the country down the road. That’s why I think it’s super important to choose a nicer place to arrive to when you first get in. I honestly don’t know how different my experience would’ve been if it weren’t for my stay at Penthouse Above the Sea in Colombo. They helped me organize my car, my itinerary, and everything I needed from Day 1. I can’t recommend it enough! 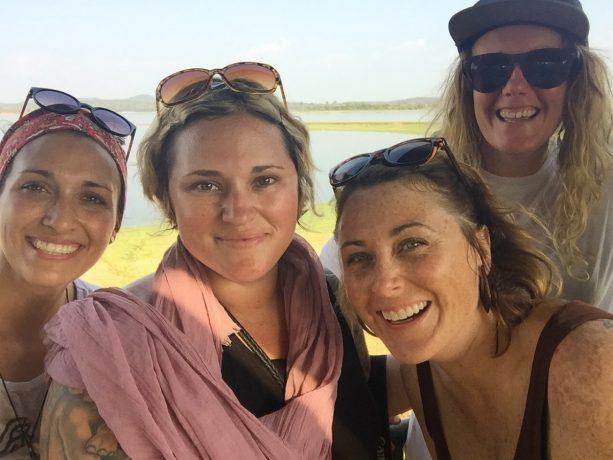 This is a relatively conservative country, so it’s best to keep a little covered up. You don’t have to wear long-sleeve shirts and pants every day, it’s way too hot for that, but t-shirts are preferred over tank tops. Bring a scarf out with you when you’re exploring so that you can cover up when you feel like you need to.

3. Learn Tools to Cope with the Staring

At first the staring totally put me off. But I found the best way to combat the staring here is simply just to say “hello” or “good morning” to the person. This sort of jolts them (I don’t know why, but they aren’t expecting you to notice?) which forces them to respond to your greeting and usually see you as a person.

After a couple of weeks I stopped feeling like the staring was invasive or sexual, and came to the conclusion that it was mostly just curiosity.

4. Smoke and Drink in Public Sparingly

Isn’t very common here for women to smoke or drink in public, though no one will throw a rock at you if you do. Many guesthouses will not have liquor licenses and therefore won’t be able to sell you beer, but you can buy beer at specific beer and liquor stores. Be advised, most of these stores have queues of only men, so you might get a few looks for lining up.

At restaurants, it’s totally fine to have a few beers. Just understand it’s not super common. 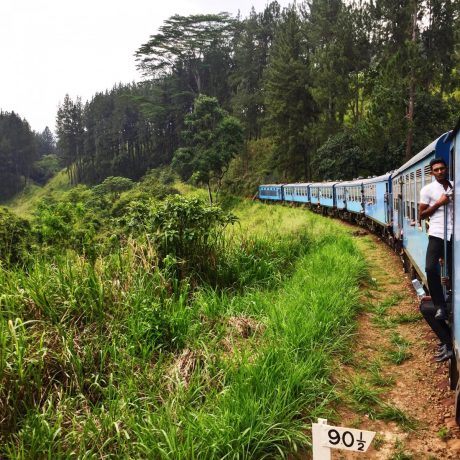 5. Find the Most Comfortable Way of Getting Around

The easiest and fastest way to see the country is by hiring a private car and driver. Our driver was a lovely man named Anura, who I will happily recommend to you if you email me (Kelly at GoGirlGuides dot com). He was fantastic and really knew the country well. Drivers here are nuts—the entire country is full of one-lane roads and there is constant swerving in and out of lanes to overtake slow cars, so you really need a good driver with a good car to be safe. By and large, the biggest threat to any traveler here is the threat of car accidents.

But, if you have more time and ambition, you can also take public transportation throughout the island. Trains and buses are can get you many places (not everywhere), though they’re slow and have a reputation for breaking down often, so you’ll need at least a few weeks or a month to really make a dent. Also, don’t expect air-conditioning. Did I mention it’s 100 degrees with 80% humidity?

6. Bring Your Own Tampons

Feminine products are found throughout the country in pharmacies, though you’re unlikely to find tampons, even in the larger cities like Kandy or Colombo, so it’s best to bring your own.

7. Be Cautious About Going Out After Dark

It’s generally safe, depending on where you are. If you’re in a quiet town like Ella that’s used to tourists, it’s completely fine to walk home even very late at night by yourself. If you’re in Colombo, where there aren’t as many tourists, plan on staying inside after dark as it is generally men, not women, who are out later in the evening. 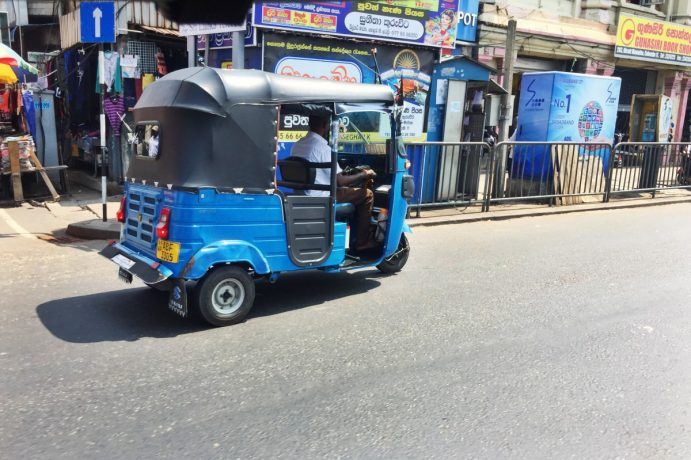 Tuk tuks are cheap, safe and reliable modes of transportation throughout the country. But in Colombo, make sure you ask if the meter is working before hopping in, and insist that the driver actually turns it on when you get going. If you’re not cool with the open-air three-legged death mobiles, there are also several apps you can use to hail a taxi. The most notable include: PickMe, Kangaroo and Uber.

Outside of Colombo no tuk tuks are metered, so you’ll have to negotiate a rate with the driver before taking off.

When you’re traveling solo, you should expect to have a slightly higher budget than a backpacker doing things on the super-cheap. Hotels and guesthouses are affordable in this country, but you get what you pay for here.

While you can find decent places for $15/night if you really do your research, all of the places I’d actually recommend to you are more in the $50-100/night range. Having just a little bit more at the ready will set you up for a much more comfortable experience.

Food is very affordable here and eating out often costs just as much as cooking. In general, you’re apt to find huge meals with massive portions for around $5-10.

If you have any Buddhist or religious tattoos, in particular, keep them covered. In years past there have been reports of travelers being deported for having Buddhist and Hindu tattoos. In general, tattoos are uncommon here on men and are particularly rare on women. If you don’t want to have several conversations about what your tattoos are and what they mean, keep them covered when you’re out and about.

As a fairly tattooed woman I adhered to this rule pretty strictly in the beginning, sweating my way through the country in fear of offending someone or calling attention to myself. But over time I just got used to people looking at me saying, “hey lady, nice tattoo!” It’s too damn hot to be fully covered all the time. 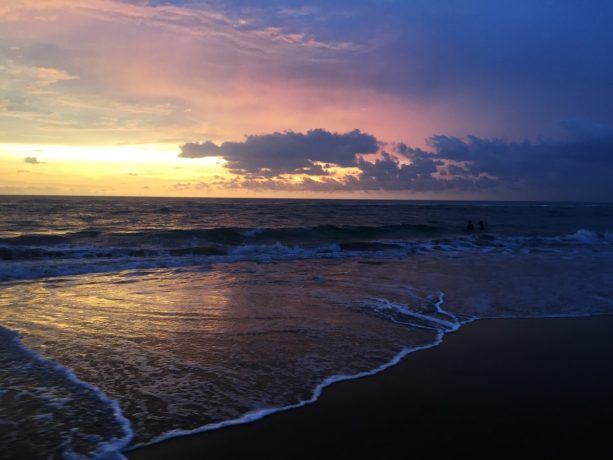 11. Avoid the Beaches at Night, Be Careful in the Day

Though the country is surrounded by beautiful beaches, Sri Lankans don’t pull up a towel and bake to a crisp on the sand for hours like we do. I asked a friend why there weren’t more Sri Lankans on the beach in Colombo, or any swimming, and she told me that many people in Sri Lanka can’t actually swim.

In Colombo, this means that many beaches are used specifically for fishing and are home to several fishing shanty villages, particular in and around the Mount Lavinia area, and you shouldn’t plan on swimming here.

In other areas of the country, like in Arugam Bay or the east coast beaches, you’ll find miles of golden sand with hardly anyone else around. Use caution when swimming here as the strong waves on some of the east coast have a fierce undertow.

In general, use your discretion. If you see people swimming or surfing, it’s probably safe to swim. If you don’t see anyone, anywhere, wade in carefully.

The white sand beaches on the south shores are the best for swimming. Look at Mirissa, Tangalle or Weligama for a relaxing few days.

As always, avoid the beaches at night, wherever you are in the world.

What are your tips for women traveling solo to Sri Lanka?