Trending
You are at:Home»Australia»Exploring the Female Prisons of Tasmania
By Kelly on September 1, 2013 Australia

Although it may be known now for its remote rainforests, quaint harbor towns and burgeoning wine industry, Tasmania was once a harsh and unforgiving penal colony.

It has particular significance for women, who were sent here during the 1800’s to work in “female factories” while they waited to find placement in households or get married.

The majority of female prisoners sent to Australia from Great Britain were assigned to work as household servants. Yet during the transitional period, many had to wait to be assigned in prison. Women were also sent to female factories as punishment or to await childbirth, and were expected to work during their stay in the factory.

There were eleven women’s prisons sites in Australia, with five of them located in Tasmania.

Men outnumbered women 10 to 1 in Tasmania, and these factories were built as a way for female convicts to reform and join society. For an unsettling yet fascinating look back at this aspect of Tasmania’s history, you can hire or purchase a local car from Carsales and take a road trip to see four of the major female factory sites. 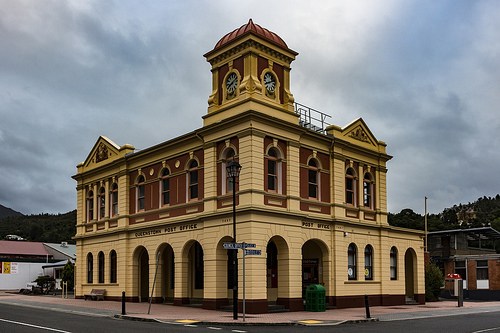 Any prison road trip would have to start in Hobart. The Hobart Town Female Factory was built in 1821, providing separate lodging for female inmates who had previously been placed in the Hobart Town Gaol in a room only 3 x 4 metres in size. This first female factory was constructed to give women more space, but it was separated from the main gaol only by a brick wall and many prisoners were able to escape.

Perhaps the most notorious women’s prison in Tasmania, Cascades Female Factory was home to the majority of convict women at one point or another. Operating from 1828 to 1856, this prison was purposely built just outside of Hobart in an attempt to remove women from the corruption of the city. Unfortunately, it was built in an area of swamp land, which contributed to the spread of disease within the prison. Overcrowding and disease ran rampant, killing 1 out of 4 of the 794 children who lived there during the first ten years. Women spent their time sewing and spinning in the factory, although educational programs were added to teach reading and writing. This helped prepare them for placement in households as domestic servants.

Another major prison site was located in Launceston, a quick drive 100 miles to the north of Hobart. Opened in 1834, it operated until 1855 until it was then converted to a gaol. There was less space allotted for prisoners than the Cascades Factory. Launceston’s Factory was originally designed to hold up to 100 women, but ended up with over 250 inmates by 1842. Overcrowding and dirty conditions led to high rates of disease and infant mortality, as with Cascades.

Built to help combat the overcrowding at the other major factories, Ross was also a stopover for many convicts in Tasmania’s interior and makes a suitable stopping point for any road trip. It was built at the tail end of this transportation period, operating from 1848 to 1854. Ross served not only a factory but also as an employment centre, hospital, nursery, and stopping point for convicts traveling between settlements.

These reminders of Tasmania’s penal history provide an interesting look back at how women of the era were treated.

Have you ever been to the female prisons in Tasmania?