A rare breed of traveler, they are are the ones who discover new lands, break records and rules, and risk their lives to see how far they can go. They inspire, awaken, and remind us how to live for the moment.

In no particular order, these are the five women who have inspired my travels and challenge the way I look at what is possible when one travels.

Note: You may notice that most of these women have passed. I’m not ignoring the incredible ladies traveling today, I just suspect they have a lot more traveling left to do.

Sure, she’s known for her ability to fly a plane.

But besides her record-breaking career in aviation, Amelia was the first woman to gain world-wide celebrity status for her travels. Not only was she one of the most famous people of her time, she leveraged her fame into lucrative endorsement deals, hawking everything from Lucky Strike to her own clothing line.

Her disappearance during her flight across the Pacific remains one of the greatest unsolved mysteries.

In the late 1800’s, she traveled to India by herself, boldly seeking out the truths of spirituality. That trip was remarkable enough for a woman of that time but she didn’t stop there.

She continued traveling for enlightenment and found it in a cave in Sikkim, where she lived for two years. Later she trespassed into Tibet by dressing as a pilgrim and visited the holy land Lhasa. Her writing would later influence Jack Kerouac and Allen Ginsberg.

She is often referred to as the “original hippie”.

From Botswana to Thailand to Milan via Amsterdam and back, Carmen Sandiego and her sticky fingers traveled to funny sounding places while consistently outsmarting the young gumshoes that followed her every move.

Even though she stole famous landmarks, cities, and national parks, Carmen Sandiego inspired many kids to think about traveling the world, including yours truly.

If you didn’t grow up playing Where in the World is Carmen Sandiego? don’t worry, you still have a chance to put your detective skills to the test with the current version of the game, now on Facebook. 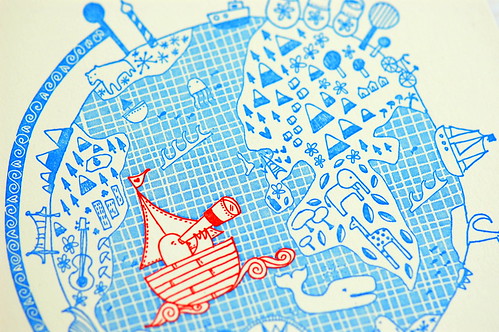 The honorable Ms. Tubman risked her life for hundreds of slaves by traveling with them through a secret network of safe houses and checkpoints known as the Underground Railroad.

She took slaves as far north as Canada in order to guarantee their freedom. Despite the huge reward for her capture, she never wavered in her belief of freedom as a right for all people.

The fearlessness in her travels shifted the political and social consciousness of America for the better.

This is a lady who got things done.

She knew four languages, including Arabic, had a history degree from Oxford, was an experienced mountaineer and traveled frequently through the Middle East. Because of her experience in the region,Winston Churchill invited her to help construct a new country out of the poor and declining Mesopotamia.

Considered the “Mother of Iraq”, she defined the current borders of the country and advised the new king on government matters. Her letters of her time in the Middle East are still studied today by the Pentagon to better understand the conflict of the region.

And as one person’s Earhart is another’s Quimby, I’d love to hear which sassy ladies have inspired your travels!

Who made your top 5?

Sarah Walker is a writer, actress, and international superstar. She is also the President/CEO of the www.sarahwalkerfanclub.com. Some of her favorite travel adventures have taken place in Edinburgh, Barcelona and the Peruvian jungle. She likes cupcakes and kittens.