Trending
You are at:Home»Budget Travel»How to be a Good House Guest: DOs and DON’Ts
By Kat updated on September 4, 2018 Budget Travel

Staying with someone is a great way to save money while traveling. But there are a few things you should keep in mind.
Whether you are an overnight guest or staying for months on end, the most important thing to remember is that you are traveling and your hosts are not.

They probably have work to get done, chores to do, bedtimes and things that they want to watch on television.

As someone who has traveled a lot, and also someone who has played hostess to a never-ending line of traveling friends, here is my list of easy ways to be a good, unobtrusive house guest.

Keep your things neat and tidy, even if your host is a slob.  Even sloppy folks have their own organization systems, whether you can see them or not.

Throw in For Food

If you can afford to, throw in for rent or food while you’re there.

Help replace the things you’re helping to use up, whether it’s toilet paper, a six-pack of beer, or snacks.  Most homes throughout the world are on some budget or another, and when you add an extra person to that, it can be stressful.

Do your own dishes and laundry

This is one of those things that should go without saying, but cleaning up after yourself is very important when you are staying in another person’s home. 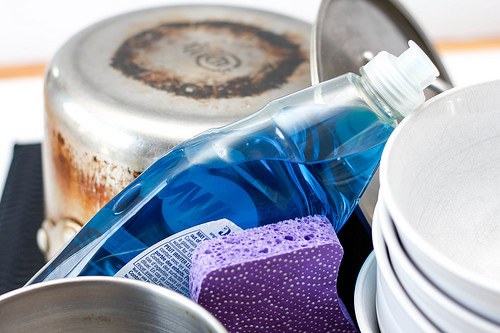 I know, I know, you haven’t checked your email in a week and there’s this show you want to watch and everyone needs some down-time every once in a while… But this is your host’s home!  Make sure that you aren’t hogging things that they use regularly.

If you’ve already watched a whole movie, played video games for an hour, or been online for an hour or more, it’s time to shut it down!

Hang out with your host.

There are things you want to see and do while you’re here, include your host in your plans!

They agreed to have you sleep in their home, and that’s probably because they like hanging out with you.  You don’t have to take them everywhere or work all of your plans around their work schedules, but make it a point to include them in a few things while you’re there.

Give them some space

If you’ve been in someone’s home for more than a few days, plan to spend a whole day somewhere else, preferably while your host will be able to utilize the time.  If you know it’s your host’s day off and you don’t have plans with them, make your own plans and let them be in their own space for a while without you.

Be quiet at night

If your host (or their neighbors) are in bed, you should be quiet.
Beyond all of the above, always adhere to the rules of the house.

Be courteous and abide by the ground rules (stated or implied) your host lives by.

What would you add to this list? What do you do to be a good house guest?

Kat is pretty awesome. She has spent most of her life in California, but has both driven and Greyhounded across the U.S., zigzagging hither and thither, come hell or high water, snowstorm or hurricane or heatwave. She is a Sales & Marketing Assistant by day in the heart of the tourist industry of San Francisco, slam poet and wife and superhero by night. You can check out her personal blog at http://jazzellis.livejournal.com.