Trending
You are at:Home»Caribbean»Cuba»A Girl’s Guide to Traveling to Cuba
By Earlene Cruz updated on May 10, 2018 Cuba, Caribbean

Traveling to Cuba can be confusing for Americans- even for me.

I was born in a very “Cuban” environment: where I live was once a city that was 80% Cuban, mostly sons and daughters of political prisoners, including my best friend and schoolmate Stephanie.

The sad thing is, however, that they don’t yet know that I’ve been to Cuba, and despite how close we are, I can’t get myself to tell them.

I arrived in Cuba at the cusp of  improving Cuban-American relations — Obama arrived just two days after I left.

In spite of this generally positive climate, I couldn’t ignore the many stories of brutal oppression my friends have recounted to me over the years, both first and secondhand — how they came from nothing, and how they would never go back to Cuba, under any circumstances.

And let’s be real: just because there are signs of change does not mean that the day-to-day lives of the people will change, for the better or for the worse, just yet. Some predict it will take a minimum of 20 years. Some say the mentality has already changed, that their Cuban peers are happier.

I tried to leave those biases behind, with the very challenging idea of experiencing Cuba for what it is — good, bad, ugly, but mostly good and mostly beautiful.

I’m happy to share a bit of the beauty with you. 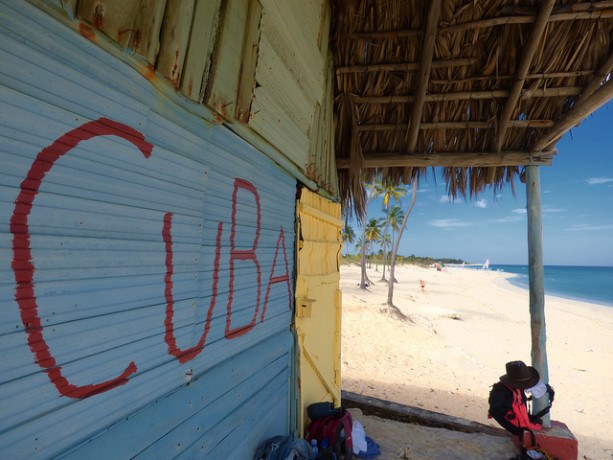 GETTING THERE (As an American):

As of March 2016, travel to Cuba for Americans requires a visa, falling under 12 categories of travel. I marked my reason for travel as ‘professional research’ and was not questioned about it, nor was I asked to provide supporting documentation.

At the moment, flights are chartered through local airlines like Jet Blue, but you can’t actually book directly from their website, so you will have to go through an agency that will provide you with a sampling of departure and return dates for you to choose from, often with a layover in Miami.

Of course, one can always go the semi-illegal route and go through a third-party country i.e. Mexico or Canada, but you didn’t hear that from me 🙂 .

A fellow Cuban traveler at the Miami Airport informed me that booking flights directly from Miami to Havana and to other cities in Cuba is cheaper than booking through an agency, but the agency I used, Cuba Travel Services, got me all of the necessary documentation for my visa and the flight to and from, which made me feel entirely more confident about it.

My passport was stamped in Cuba, although it is not required, but it is not a problem to have it stamped, as I’m sure Obama will be having his own stamped shortly.

Hotels in Cuba are grandiose and have, for the most part, been really well-maintained by the government. Therefore, at these hotels, which will cost you the normal price for a 4-star+ hotel outside of Cuba, will have all of the accommodations and luxuries of those back home i.e. Wifi, Credit card processing machines, air conditioning.

Couchsurfing, which is my primary way of travel these days, is technically illegal in Cuba, as in order to host a foreigner in your home as a Cuban, you need to a. have special permission from the government and b. pay taxes — with that said, unless you have family in Cuba, in order to stay anywhere in Cuba, you must pay for housing or a hotel.

I ended up staying with a friend of a Couchsurfer in the form of a homestay, and it ended up being just like Couchsurfing: home cooked meals, personal stories, and all of the things that make traveling great.

A homestay in Central Havana costs around $30/night.

TIP: Bring your passport everywhere! A host in Trinidad wouldn’t let me stay there before getting a permit from the immigration office because I didn’t have my passport with me; luckily, another lady took pity on the situation and the romance of an American with a Latino last name letting me stay at her place and even risking a 1500 USD fine from the government. Make multiple copies if you’re scared of losing it like me.

-Taxi: negotiable (especially if you have a local negotiate on your behalf)

-Bicitaxi – for 1-3USD in local areas

Because of the political and economic state of the country, locals do not have access to many ingredients one would find in neighboring countries with similar climates. Vegetables are expensive, seasonal, and sporadic, hence the concept of vegetarianism let alone veganism is a faraway ideology for most Cubans. Staple foods are pork, chicken, rice, potaje (bean stew which often has bits of pork sausage in it), and a mixture of meats and seafood turned into miscellaneous patties. Desserts and street food are a plenty, safe and delicious.

Foreigners should be advised against drinking water that is not bottled, as even Cuban expats have difficulty readjusting to it.

Cash, cash, cash — preferably Euros that you exchange at the airport or on the street (riskier but better deals)

Do not expect to use your credit or debit card in Cuba just yet (unless you’re in a hotel — call in advance to confirm); there are about 10 stores in the entire city that take card (non-American); I tried my French debit card at one of them, and it did not go through.

Also, given the dual economy for tourists and for locals, Cuba is expensive! As I mentioned, unless you can speak and act like a Cuban — my tan skin and Dominican Spanish were not enough — you will be charged tourist prices, and it’s not necessarily a scam; it’s just how the economy works given the socialist circumstances at the moment.

TIP! Save some backup money for airport hunger pangs. I met this guy at the airport who travels while running a company that exports old car parts; he ended up buying me food because my credit cards weren’t working at the airport and I spent the last of my cash on cigars.

There are a few — maybe 5 — designated government-run WiFi areas in Havana, mostly in parks where you buy a WIFI code (from a lay man/woman) for 3 CUC to put into your phone or laptop. The service is offered through the one and only mobile company in Cuba, Etecsa 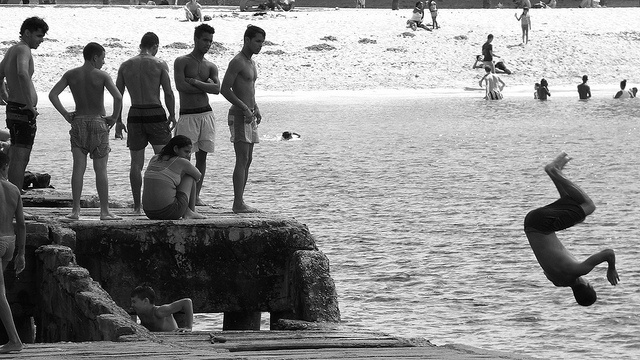 The aforementioned WiFi is strong enough for emails, searching and posting to social media, and making calls over WiFi.

T-mobile and American phone companies do not work in Cuba, but you can (if you haven’t already) call your phone company and ask them to unlock your phone (often free) and purchase a SIM card in Cuba for about 15 USD.

Public phone booths are everywhere in Cuba, and they’re used frequently by the locals.

Although you will see a surprisingly large amount of people with modern phones, refreshingly, being on your phone at dinner is a sight you will not see just yet.

It’s ok! Just make sure to keep it safe; no need for special permission or documentation to bring DSLRs or similar cam/video equipment.

It’s not entirely an English-friendly country, although speaking Spanish (unless you speak, act and look like a Cuban) will not necessarily get you better financial deals.

Although there have been few American tourists, German, Italian, and French tourists have been coming to Cuba for decades, and they all communicate with the locals in English, so you can also navigate the touristic landscape by just speaking English.

Protect your things, as you would in any busy city, but I will preface this by saying that as a woman and solo traveler, I never felt safer. There is little to no crime in Cuba, which I believe is a great benefit and product of the socialist environment.

This is a sensitive topic of interest for me whenever I travel. As an ‘ambiguous-Asian-looking’ Dominican-American who speaks Spanish, English and French, I tend to be able to blend into many countries that I travel to, if not because of my languages, then because of my appearance. This was not the case in Cuba.

I was known as ‘La China’ to the guy who sold me a WiFi code, and most people were shocked that I even spoke SpaNish. To that end, the small wave off Chinese immigration that came to Cuba has only left the relic of a Chinatown in Havana.

Cuba is a very black and white place now. In the 60s mostly the more affluent (synonymous with white) Cubans left the country (which is why I only know about 2 black Cubans) leaving the country to now be a very ‘black’ country.

Refreshingly though, there does not seem to be a lot of racial disparities in Cuba at the moment, black and white sharing in the same merit-based rights and benefits of their country.

Yuma: a foreigner, someone who although may have Cuban ancestry is not living in Cuba

Jinetero(a): A Cuban who goes after tourists at popular places for drinks, money, “love”, and ultimately a visa or an escape from Cuba

Galiano 110 – where I stayed in Havana

Coppelia — Epic ice cream store where there will be a line to enter; it does move quickly

Place for cigars – location: Mercades y Obrapia or at the airport; I bought 2 Cohibas, which Castro infamously smoked for around $40

377 Fran pais – where I stayed in Trinidad

El Gijones Restaurant — decent food, around $15 for an entrée

Las Cuevas — epic nightclub in a natural cave; play a lot of cosmopolitan music; locals mostly go only during the weekends

Have you been to Cuba?

Just another pilgrim with a passion for food, people and travel. When I’m not dancing, photographing, working on my social venture, Kitchen Connection, or writing, --- I’m planning my next adventure… will you be a part of it?