I’ve been writing quite a few posts about cycling holidays recently, from answering the question ‘Is a cycle holiday for me?’ to giving the lowdown on the Avenue Verte. I’d be remiss however, as Europe Editor, not to mention the most popular European cycle route of all: the Danube Bike Path (also known by its German name as the Donauradweg).

Following the Danube from the river’s source in Germany 1,800 miles until it meets the Black Sea, this cycle path has something for everyone, from well-paved riverside (i.e. flat) paths to mountain landscapes. It’s part of Euro Velo 6 – a 2,270 mile cycling route that takes in several of Europe’s major rivers. The route is for the most part traffic-free and alongside the river, and is widely recognized as one of the most beautiful cycling routes on the continent. 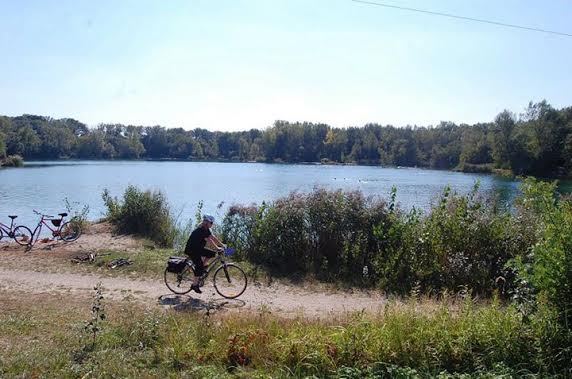 Of course, most holidaymakers don’t cycle the entire route (although it certainly is possible). Instead, people generally pick and choose from the following sections:

The German section (approx. 375 miles): Most people begin their route in Passau, a German town not many miles from the Austrian border. However, the route actually begins at Donaueschingen, the Danube’s source in the Black Forest. It’s a shame so many people miss this bit out, because apparently it is well paved, well signposted and just generally well worth the effort – not to mention considerably less crowded than the section that comes next…

The Austrian section (approx. 225 miles): By far the most popular thanks to its scenic views and developed infrastructure (good paving and proper signs cannot be underestimated), this route stretches across the length of Austria, taking you through Wachau wine country all the way to Vienna.

The Slovakian and Hungarian Section (approx. 200 miles): It’s only 35 miles from Vienna to Bratislava – they are the two closest capital cities in the world – making it an easy day’s ride onward (well, theoretically – we got lost for about four hours when we did it). From there you follow the river as it straddles the border between Slovakia and Hungary until you reach Budapest. Be warned though – the infrastructure is notably less developed once you reach this section. Think: sandpits masquerading as cycle paths, incomprehensible signs and some cycling on main roads.

The Eastern European Section (approx. 1,000 miles): Ah – the road less traveled. This mammoth section takes you south from Hungary then on through Serbia, Bulgaria and Romania. It is, perhaps unsurprisingly, the least developed section of them all, for the most part lacking signs or dedicated cycle paths. Approach with a sense of adventure! 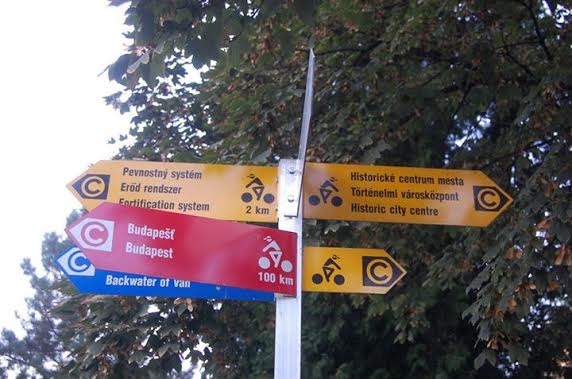 I cycled the 435 or so miles from Passau to Budapest with my friend Howard (yes, that Howard) over 2 ½ weeks (7 days cycling from Passau to Vienna, 7 days from Vienna to Budapest, with a few days in between to explore). We travelled at a fairly leisurely pace, usually covering around 30-40 miles a day or there about.

We went in September, and the weather was gorgeous: after one rainy day, it was lovely from then on in, but not too hot for comfort. It was also once the schools had started again, meaning that we didn’t have any particular problems with crowds.

We worked out a routine that worked well for us, which I’ll share: we’d set off fairly early and cycle half the overall distance for the day in one go; stop for lunch; cycle another quarter; have a break; then cycle the last bit. We found this gave us clearly defined goals of when and where to stop, and (usually) meant we’d arrive at our destination in the afternoon when there was still plenty of time to look around and stretch our legs.

If you would like more insight into what it’s like to cycle the Danube, you can read my Danube Bike Path blog from the time, or just post a question in the comments below. I’m happy to help however I can 🙂