Trending
You are at:Home»Europe»England»Title: 6 Tips For Watching Football In Britain
By Kelly on December 18, 2018 England

For a great many visitors to Britain, sports can become a fairly major part of the experience. Hence a previous article on how to enjoy the London Marathon! The country is filled with unique sporting events that just feel a little bit different than what you get in most countries. The fanfare feels less artificial, the crowds are often incredibly passionate, and most of the leagues and events are part of established traditions that date back, in some cases, more than 100 years.

The sports scene is also quite dynamic throughout Britain. At the end of the day though, nothing can quite top football, which is essentially the national sport. Folks in Britain grow up learning to love and appreciate the game, and the top-flight professional league – the English Premier League – is perhaps the single most famous professional sports organization on the planet.

From a traveler’s perspective, football is almost a must in enjoying the full British experience. The Premier league season lasts for roughly nine months of the year, and many of the most prominent teams play in other competitions or exhibitions that can partially fill up those leftover summer months as well. In other words, there’s usually a match happening somewhere, so it’s easy enough to include in your travel plans. And if you end up feeling inclined to do so, you should follow these guidelines for an ideal experience.

With very few exceptions, every Premier League match is fun to attend. For that matter, many of the matches in the lower leagues are great fun also! If you really want to make the most out of the experience though, you should research the best rivalries in the league. Rivalry matches can be somewhat intense, but they also tend to bring out the best in the teams, and the supporters as well. Tickets will typically be somewhat harder to get, but if possible target a match like Arsenal versus Tottenham Hotspur, Manchester United versus Manchester City, or what many people consider to be the league’s top rivalry: Liverpool versus Manchester United.

2. Secure Tickets As Early As You Can

Tickets work in odd ways in English football, particularly if you’re not used to these leagues. While it can be possible to procure tickets by looking online at various resale markets, the best way to get decent seats is to go through the clubs themselves. In some cases, this means actually signing up for a club membership (which isn’t expensive) just to gain access to ticket sales in the first place. Different events can work differently though so the main tip here is just to start going about the process early, so that you can be sure of what you need to do and execute accordingly.

If you’re new to English football you probably don’t have a club to root for just yet. You may be going with someone local, in which case you can simply join his or her rooting interest. Otherwise, the best approach may just be to support the home side in whatever match you end up attending. But should you really want to be part of the family, don’t just support the club – buy a shirt or a scarf, learn the local chants (or songs, in some cases), and throw yourself into the experience! It sounds strange to say, but there aren’t too many things that unify people like cheering on a professional football club. 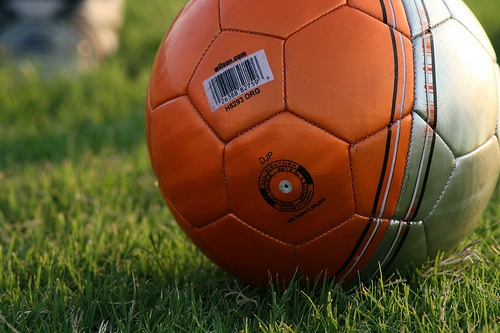 4. Check In On The Betting Market

Another way to really embrace what you’re doing is to join thousands of the British supporters you’ll be among and check in on the betting market surrounding the match. This is actually quite easy in the UK, where professional bookmaking sites list the tips and trends relevant to popular sports on a daily basis, and make it easy for you to find safe and secure betting opportunities. Should betting simply not be your thing, this isn’t entirely necessary. However, if it interests you, even a minimal wager on a club you’ll be seeing makes things that much more exciting. Plus, you never know if you’ll win!

Every stadium is different, so this isn’t a specific recommendation relating to parking or access, or anything like that. It’s simply that if this is a new or meaningful experience for you, it pays to maximize the experience. Getting to the stadium as early as possible allows you to take place in any fan festivities, find your seats comfortably, and possibly even watch some of the players warming up or stretching before the match actually gets ready to start. Best of all, you can feel the sense of excitement build up gradually before the opening whistle.

To say most British supporters head out for a pint after a match would undoubtedly be an exaggeration. Plenty simply head home, plenty others are in attendance with families, and so on. However, it can sometimes look or feel like just about everyone heads to the nearest club-friendly pubs, win or lose. In other words, it’s not a mandatory part of the experience, but it can certainly be a fun one.