Sure, Rome might have a few odd ruins worth checking out, but we know what we really all want to see: Cats! Cats! Cats everywhere! Small cats! Large cats! Happy cats! Grumpy cats!

Luckily, there’s an easy way to get the best of both worlds: namely, the Torre Argentina Cat Sanctuary.

Historically speaking, it’s got the whole package: these are the ruins of the temple on which Brutus and his co-conspirators stabbed Julius Casear, that fateful Ides of March in 44 BC.

Now, however, these ruins serve a different purpose: namely, an impromptu cat sanctuary to the area’s many stray cats. 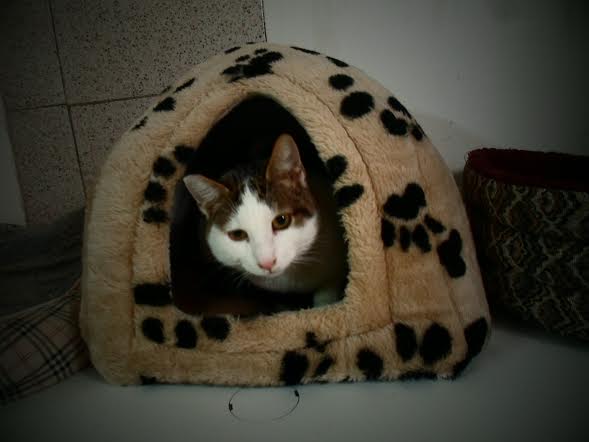 Stray cats are a problem in Rome, and many homeless animals seek refuge in ruins where they are protected from the elements and fed titbits by tourists and dedicated local cat lovers – or ‘gattare’ – alike. It was in 1993 that two of these gattare – Lia and Silvia – took things one step further and began organizing a program (in conjunction with the Anglo-Italian Society for the Protection of Animals) aimed at feeding, spaying and neutering the resident cats, building a night shelter for them and taking on volunteers to help with the workload. Since then, the Sanctuary has grown and grown.

Given the sanctuary’s location, tourists play a key role in fundraising. Visitors are encouraged to come in and see the cats, play and pet the ones that are willing, and either make a donation or buy something in the cat-themed shop. 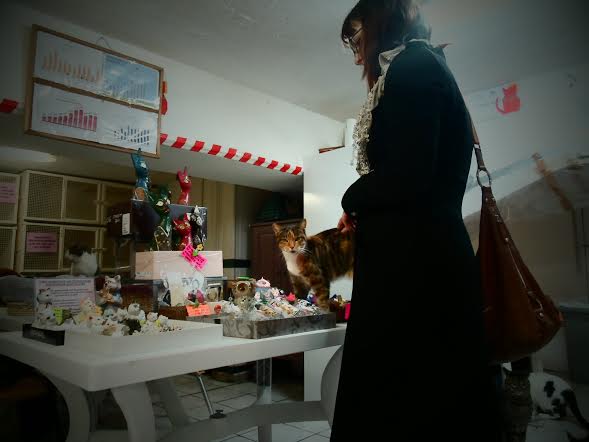 I went myself and had a blast. The sanctuary is divided into two rooms. In one, the cats can come and go as they please – there was a wall lined with beds full of cats who’d popped in for a snooze and a snack. All of the cats are given food and shelter, veterinary check ups and sterilisations.

In the second room were the cats too ill or disabled to be allowed to come and go freely, from little kittens who hadn’t had their vaccinations yet to cats with FIV or missing limbs. They’re all getting the care they need, which is good to know, not to mention a lot of love and attention from the visitors and volunteers. Plus, you haven’t lived until you’ve played with a three-legged kitten.

Perhaps unsurprisingly, the sanctuary attracts a pretty international crowd of volunteers comprised of a medley of locals, expats and exchange students. You can find out more about volunteering here. There are also plenty of cats that need fostering if you’re living in Rome – a great option if you’re there for a while but can’t commit to a pet! (If you’re not in Rome but would still like to show your support, there’s also information about doing that here.)

Sadly, the Torre Argentina Cat Sanctuary is living under the constant threat of eviction – the National Archaeological Department wants them out due to health and safety concerns and their lack of licensing. Whether or not this actually will happen remains to be seen – but if you’re in Rome any time in the future, be sure to pop in, check up on how things are going and show your support!

Have you been to any other unusual animal sanctuaries?