With a belly full of nerves as I boarded my flight, I was googling things like, “Is the UAE Safe for Solo Travelers?”

Turns out, of all of the places I’ve been, the United Arab Emirates is one of the safest places I’ve ever traveled to by myself.

I came to the UAE on a whim—I’d heard some great things about it, and when I saw I’d likely have a 13-hour layover en route to Sri Lanka, I figured, why not extend that into a really long 5-day layover?

So I booked it (with reward miles from my Chase Sapphire Reserve card) and off I went.

Many people I spoke to told me I was crazy to go to “that region” of the world alone. Are you sure you want to go there right now, they asked? And there were times, because of this, that I even doubted my capabilities. Who did I think I was, anyhow, traveling the big bad middle east all by myself?

I am so happy I didn’t listen to these doubts. Turns out, the UAE is one of the safest countries I’ve ever been to, and one I would wholeheartedly recommend to solo female travelers. 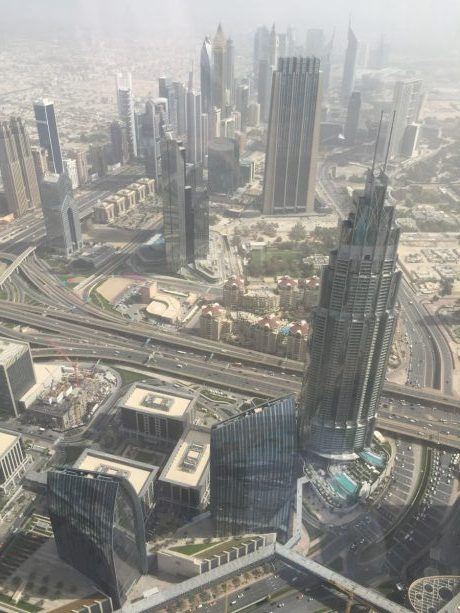 No One Steals Anything Here

It’s just not a thing. I spoke to women who have left their phone at a food court for hours, and come back to find it still sitting there. At one point I fell asleep with my purse open on my lap on a public bus. I woke up alarmed, looking around at everyone around me. Guess what was taken? Not a single thing.

The penalties for any sort of infractions here are severe—expats caught stealing or breaking the law will be at best deported with no ability to ever return at best, or at worst, jailed.

Something tells me that jail in Abu Dhabi is not the most fun place. And so this place is crazy safe. At some of the bars I went to, I saw purses, phones, wallets sitting out on tables. Nothing was ever taken. It’s really kind of amazing to watch. 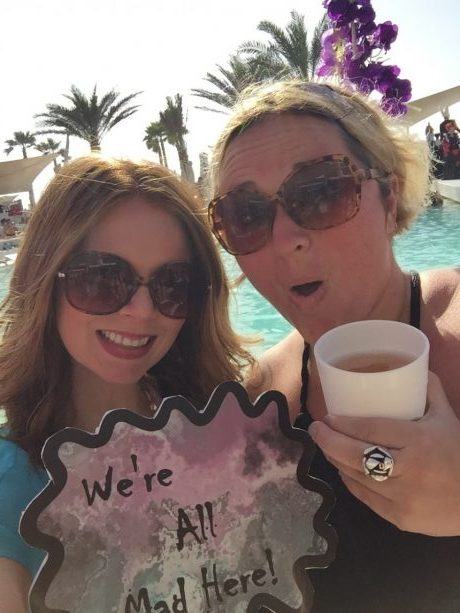 I Thought I’d Be Stared At

I have a lot of visible tattoos, which I try my best to keep covered up when I’m traveling. Still yet, there were times when my tattoos were exposed, like at the pool party I went to with my new friend Katie (above). I expected to be stared at, particularly by men. I wasn’t.

In fact, I routinely found myself alone with a group of men and was never met with a menacing expression. I can’t say the same about my daily life in New York City, where it’s routine to be leered at even on your own block. It felt refreshing to feel like no one was looking at me, or even noticed me. 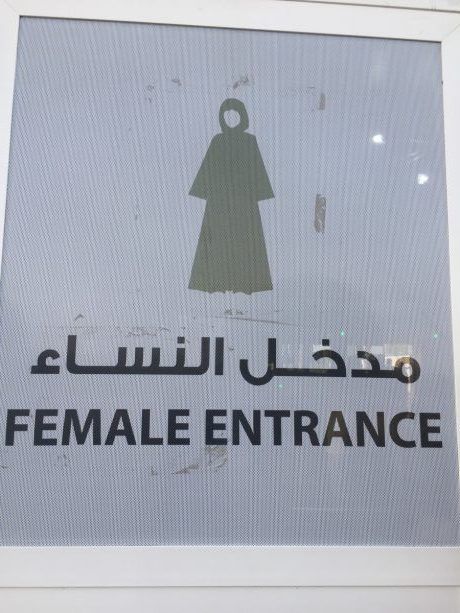 Both of space, and of privacy. I took taxis almost everywhere I went. By the 8th ride, I realized that not one taxi driver had even asked me where I was from. No one was chatty—they were just there to pick up and drop off, not chat. It was somehow incredibly refreshing.

In crowded areas like the Dubai metro, I found I always had breathing room, even when I didn’t have a seat. No one was ever pressed up against me. Again, more than I can say about my life on NYC public transport.

On public buses and on the tram, there are specific “women’s only” sections. Women board the bus first and take up the first rows of the bus, and men sit in the back. 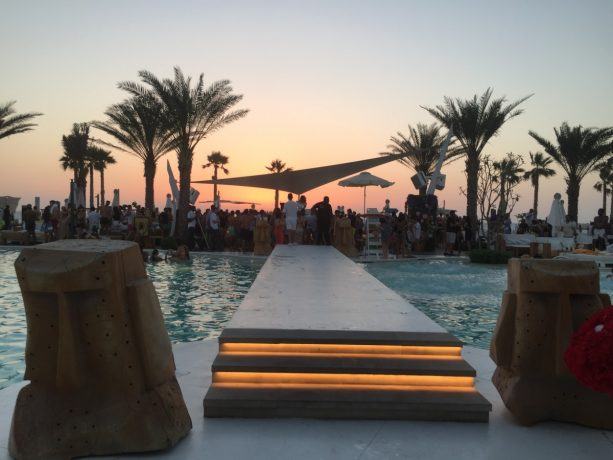 It may not be necessarily cheap, (my daily budget was around $100) but it is certainly easy. There are taxis everywhere and I never found a driver who didn’t know the way to get to where I was going. Food options are metropolitan—expect several American chains here, in and out of the big malls, and everyone speaks English.

All in all, it was an incredibly easy and enjoyable place to travel solo. I felt empowered, being able to make 100% of my daily decisions. If I was hungry, I ate. If I was tired, I slept. If I wanted to go to the beach, I went. It was wildly liberating, which I guess is my favorite part of travel in general.

I had some misconceptions about the UAE before I got here: that everyone would stare, that there was no alcohol, that people who lived here had to adhere to strict law. Most of things I found to be totally untrue.

While there are some areas I wouldn’t travel to in “this region” of the world (Iraq, Syria), the UAE is widely considered a safe haven against terrorism. There’s just quite frankly too much money pumped in and through here for it to be a target.

Have you been to the UAE? What’s your favorite thing about it?