Trending
You are at:Home»North America»Canada»Top Canadian Road Trips to Do at Least Once in Your Life
By Kelly on February 22, 2018 Canada

When you’re planning a trip to beautiful Canada, either on a solo vacation or with girlfriends, it’s worthwhile thinking about doing some road trips while you’re away. Although there are plenty of flights and public transport options between different destinations in this large country, there’s something about doing a road trip that really lets you take in the majestic sights the North American nation is known for. Read on for some Canadian trips you need to do at least once in your life.

Winston Churchill once said it was “the prettiest Sunday afternoon drive in the world,” and on this drive you won’t be disappointed as you make your way through quaint towns, pretty stretches of countryside, wine country, and more. The Niagara Parkway route stretches for around 34 miles along the Niagara River, from the picturesque suburb of Niagara-on-the-Lake in the north, to the historic fort town of Fort Erie in the south.

This scenic drive is particularly stunning during the fall months, as you take in the colors of the burnt-orange leaves outside. Along the way, stop to have a picnic on a stretch of countryside between Niagara-on-the-Lake and the little town of Queenston, so you can view the maple trees lining the river as you listen to the water burble beside you. It’s also worth taking in the amazing views from Queenston’s Heights Parks, or stopping for a creative break to wander through the town’s Riverbrink Art Gallery.

In addition, it’s worth timing your visit to this part of Ontario to coincide with the Shaw Festival, a celebration of the works of playwright George Bernard Shaw, held in Niagara-on-the-Lake. While there, also do some shopping along the pretty-as-a-picture Queen Street strip and, of course, stop in some of the numerous wineries which are dotted around the area.

To top off your trip, make sure you go and see the natural wonder that is Niagara Falls. The city named after the waterfalls is itself a great spot to explore too, and has many different attractions on offer. For example, take a ride on the Niagara SkyWheel (a Ferris wheel with wonderful views of the Falls and surrounding area), visit Old Niagara Fort, then fill your belly at some top Niagara Falls restaurants. 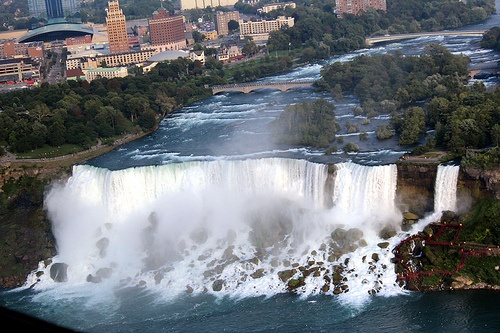 The province of Nova Scotia is famous around the world for its many charming lighthouses, so another great road trip in Canada is the Lighthouse Route. Also perfect for people who love to be near the sea, this drive will take you through a landscape brimming with coastal beauty and historic appeal.

The Lighthouse Route travels the South Shore of Nova Scotia, going past laid-back bays leading out to tiny islands, and lots of rugged headlands. Along the way you can see at least 20 different lighthouses, including the iconic Peggy’s Cove structure, plus the towering lighthouse that’s located at Cape Forchu in Yarmouth.

During your road trip, make sure you stop at some of the small, coastal fishing villages, such as Liverpool and Lunenburg, where you can feel like you’re stepping back in time as you watch locals row their wooden vessels out to sea or ox teams haul cargo around. These spots also boast many beautifully-preserved historical buildings to check out. 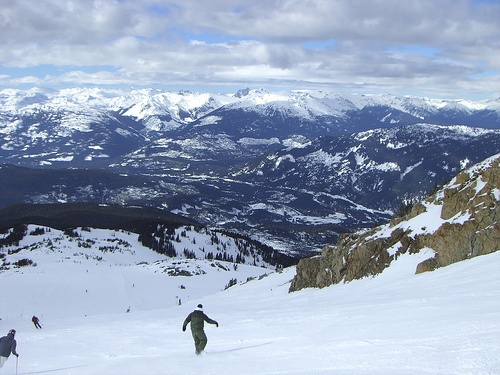 Of course, one of the most famous drives in the whole nation has to be the popular Sea to Sky Highway in British Columbia. You can begin this road trip in the bustling, coastal seaport destination of Vancouver, one of Canada’s largest cities, and then drive onto Highway 99 and head to the ski resort town of Whistler (which hosted the 2010 Winter Olympics).

Often mentioned on lists of the world’s best drives, the Sea to Sky Highway gives tourists the chance to see a diverse array of sights, including ocean vistas, roaring waterfalls, parks, towering mountains, and busy communities. As you travel, keep a look out for stunning views of the Howe Sound, as well as majestic bald eagles – they roost in the village of Brackendale each winter.

You will also find seven interpretive kiosks dotted along the route. They’re designed in the shape of cedar-bark hats, and can be found spread out on each side of the highway. Once you get to Whistler, it’s time to do some skiing, snowboarding, sledding, or snowman-building in winter, or hiking and cycling in summer, not to mention bear viewing.