Charleston is the oldest city in South Carolina and it has a lot to offer both to locals and to visitors. Founded in 1670, Charleston has a rich history within the United States which makes it one of the top destinations on the East Coast. With a recent increase in tourism in Charleston, it can be overwhelming to determine the best way to tour the city! This list will explore five unique ways to tour Charleston!

Charleston, South Carolina is a coastal city on the Atlantic Ocean with a popular harbor. While you might think the best way to explore the city is by wandering its cobblestone streets, it’s actually best seen from the water. Charleston boat tours allow you the best chance to sightsee and catch unforgettable sights of the city from the water! Charleston Harbor, the focal point of the city’s life, should be appreciated this way. Especially during a sunset cruise when the sunset accentuates the silhouettes of this beautiful city.

Pedal cabs are a popular way to get around in Charleston! Basically, a pedal cab is a small cart attached to a bike. The pedal cab drivers are usually city locals who love to share their city with visitors. The advantages of a pedal cab is you can see the city on your own terms. Whether you want to see the prettiest houses in the city or the famous squares, your pedal cab driver can provide a much needed personal touch. You will also get a chance to hear interesting stories about the city and its people and learn a lot of fun facts. 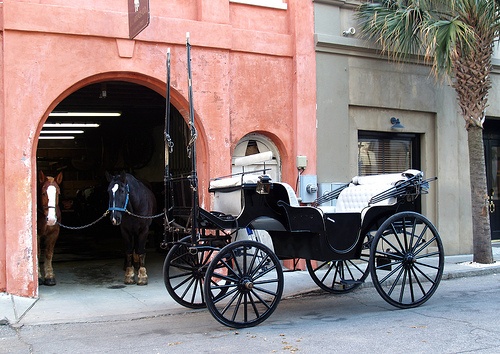 By: Photography at Vine Ripe Design

If you’re more adventurous, you might want to see a different side of South Carolina. As one of the oldest continuously inhabited cities in the United States, Charleston is known as one of the top cities for ghost hunters. Ghost tours are offered to show visitors the most haunted locations in the city including stately old homes and war sights.

If you consider yourself a foodie, you’ll want to explore the culinary side of the city. With strong southern roots, Charleston has made a name for itself as a top food destination. Food tours help visitors taste the best of the old city with stops at local eateries that are off the beaten path. From cajun to seafood, this southern city has almost as much to eat as there is to see! 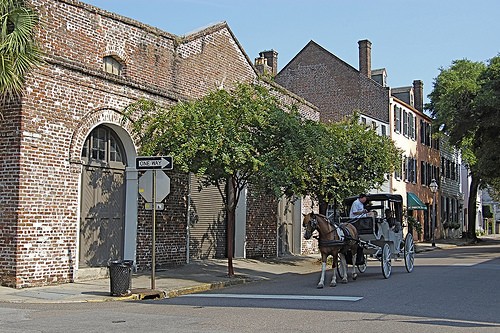 See the Best of Charleston

With a surge of recent visitors in recent years, this booming southern city is offering different types of tours, now more than ever, for eager travelers looking to see as much as possible. Named after King Charles II in the 17th century, this city has earned its place as one of the top destinations in the county!

With a rich history of art and culture, there is so much to see and do during your stay in Charleston. See the best of the city with one of these unique, unforgettable tours.