Three years ago, I flew to Rio de Janeiro to join hoards of sweaty, dancing people for Carnival. It was fabulous, but it was terrifying. Rio de Janeiro was at that time one of the world’s most dangerous cities, and I spent the entirety of my time looking over my shoulder.

On that trip, I was couchsurfing—I generally find staying with locals is one of the safest ways to see a city. This time around, I followed the same advice: staying at a private Wimdu apartment set right on Copacabana beach.

The apartment itself was fabulous, if only for the location. We were right on the beach of Copacabana, just a short 10-minute walk away from Ipanema, and we ate on the cheap by cooking for ourselves, a luxury my partner and I don’t always have since we’ve been living on the Semester at Sea ship for the past four months.

What I noticed more than anything during my time in Rio last week, was how quickly the atmosphere is changing. On my last visit, Copacabana was a far dirtier part of the city—it’s clear efforts have been made to reform this part of town, as well as other parts of Rio.

Many favelas have been pacified, and I felt much safer in Rio today than I did two years ago. Maybe that has to do with the fact that this time around, it wasn’t carnival, or maybe it was that we had our own apartment, or maybe it’s just that government reforms are working—whatever it was, our time in Rio was spectacular and much less threatening than the last. 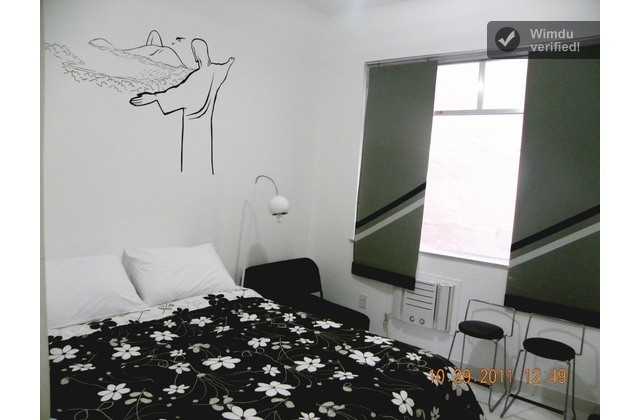 Our apartment in Copacabana. Pic taken from Wimdu. Want to rent this apartment?

Planning a visit to Rio for the World Cup?

Though Rio is certainly becoming more safe than it was, busy events that draw thousands have a tendency to peak crime. Here are some tips on how to stay safe:

Rio will host the World Cup in 2014 and the Olympics in 2016, and thousands of you will be headed that way for what’s sure to be a spectacular time. Be sure to book your accommodation well ahead of time, and get ready—Rio is a gorgeous, ever-changing city.

Have you ever been to Rio?