Figuring out how to conquer public transportation in a new city is half the battle.

I was 20 years old before I took my first bus or train anywhere, and that was during the first week of my semester abroad in Perth, Western Australia.

Growing up in the suburbs 20 minutes outside the city of Baltimore, there wasn’t really any public transportation available to me.

When I realized I would have to learn to navigate a bus and train system in a foreign country, I was petrified! But I not only managed to do it in Perth, I somehow learned the systems in Melbourne and Sydney during my brief holidays there as well.

The experience may be intimidating at first, but you can and will conquer it eventually.

How to Conquer Public Transportation in a New City

But once you learn the ins and outs of one major city’s public transportation, you develop a road map that you can implement in almost any major city in the world.

For example, if you can use the subway system in New York, you know how to follow a subway map in Berlin. Your skills transfer!

The best way to learn is to experiment

One of the most helpful things for me was a scavenger hunt that our study abroad advisors had set up as an orientation for us.

We were to follow the vague instructions of our guides and navigate TransPerth from landmark to landmark and get to our final destination: the beach. (It became a vital stop for many of us a couple times each week).

The “Race Around Perth” showed us the city center along with some of the touristy spots we would want to check out later.

You don’t need an advisor – your can set one up yourself!

Look up a list of some of the attractions or hot spots you may be traveling to most often – shopping areas, the bank, the main nightlife neighborhoods, etc. Take a day to just ride the bus and/or the train and find your way from one to the next.

And be sure to check them out at night too, especially for those nightclubs and restaurants!

The first bus ride in the dark can be scary because the city looks so different lit by artificial lights, but you’ll get the hang of it after a couple of times. 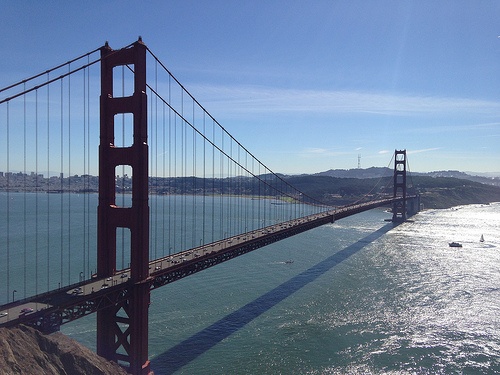 During that “Race Around Perth,” I learned that when I saw the kangaroo statues just past the Perth Mint, I should hit the button for the next stop.

From there, I could access a main train station, cross the street to my favorite areas to shop in the city, and turn the corner for some delicious food.

It may seem silly at first to think in your head, “Look for the giant kangaroos,” or “Press the button when you see the house on the corner with the yellow door,” but it could be a lifesaver.

These landmarks will allow you to zone out for some portions of the ride. You won’t have to count each stop or be able to read street signs. Choose something you’ll recognize easily and you’ll be golden.

Hopefully your city’s public transport system has a website where you can check timetables and routes. If so, bookmark it immediately.

Enter your starting station, your destination and what time you want to leave or arrive by and it should give you all the information you need to take a successful trip.

Be sure to note the last pickup times for each stop so you don’t get stranded.

Some cities’ transport systems may have different hours on weekends. Perth, for example, had very few buses after 5 p.m. on Sundays. Make sure you check those details and leave yourself enough time to catch your train or bus.

Whether you make it yourself or pick up a pocket map of the routes and timetables, a cheat sheet is never a bad idea. For quick reference, you can whip it out to see which bus number you need to take or how many stops you have before you need to get off the train.

During my holiday in Melbourne, I wrote down the buses and stops my friend had shown me our first day so that when I ventured out on my own, I wouldn’t have a problem getting back to her place.

I was afraid at first, but I made it back from the city center to her university during rush hour with no problems whatsoever.

When trying out a new route, definitely write it down so you won’t forget whatever transfers you need to make that might deviate from your normal path. 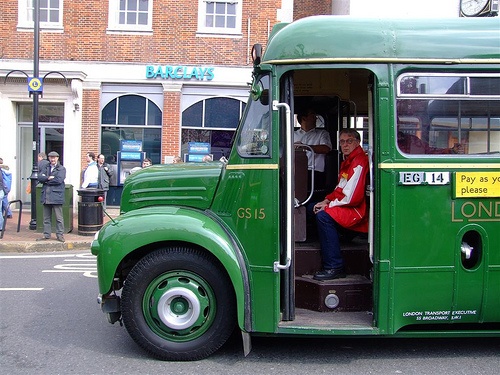 Be friendly to the drivers

Of course, this applies far more to buses than to trains, but it really can pay off to be nice to the people who are paid to shuttle you around town.

Say hello to your bus driver with a genuine smile upon boarding and say thank you or give a little wave as you get off at your stop.

Drivers are full of knowledge about the best route you need to take and which transfers you need to be sure to hit, and they’re more likely to help you if you are friendly.

If you sit near the front of the bus and tell the driver where you are going and that you’re not sure where to get off, they will frequently remind you of the appropriate stop.

But don’t let their helpfulness be an excuse to zone out.

Pay attention to your surroundings and learn the route so next time you will be able to do it on your own.

Don’t be afraid to ask for help

If you get lost, don’t be afraid to admit it! Everyone’s been there at some point and someone will be willing to help you.

Ask someone at the same stop as you, confirm with a fellow passenger whether you have missed your stop, or ask a shop owner if they know which side of the street you need to be on to catch the #36 bus.

I had more than my fair share of times when I got lost in Perth neighborhoods, but asking a bus driver, shop owner or passerby always got me back on the right track.

Quite often though, you’ll find that even when you think you’re lost, you were actually right all along. Those reassuring times will become more and more frequent as you get more familiar with the system.

The more time you spend on public transportation in your new city, the more comfortable you’ll be with it.

And if it’s just for a quick jaunt in a city on holiday, like my trips to Sydney or Melbourne… well, you may not be a pro by the time you leave, but you’ll still retain more of it than you think.

If you’re like me and you aren’t familiar with public transportation at all at your “home base,” I can almost promise you’ll miss it when you no longer have it available.

I miss my daily bus rides and train excursions every time I think about them, so enjoy it while you have it!

Do you have any tips or horror stories about conquering public transportation in a new city? Share, we’d love to hear!

Lindsay spent the first 18 years of her life in Baltimore, then moved on to North Carolina for college. Spending a semester studying in Perth, Western Australia changed her life and gave her an incurable case of the travel bug. After a year and a half of cubicles and admin work, she decided it was time to go after her dreams. She is now working as a freelance writer and editor in Annapolis, Md. and taking whatever trips she can manage to fulfill that wanderlust and hopefully fuel her soon-to-be travel writing career.