Trending
You are at:Home»The GGG Team

Go! Girl Guides publishes travel guidebooks for women. Online, we feature stories that inspire and empower women to travel the world. Here’s more about who we are.

Kelly Lewis – Founder of Go! Girl Guides, Kelly is a writer, a dreamer and an avid traveler.

Originally from Hawaii, Kelly lived in New Zealand for a year before traversing through South America and the South Pacific. She started Go! Girl Guides in late 2010 after it came to her in a dream. She’s also the founder of the annual Women’s Travel Fest, a sold-out consumer travel event for women who love to travel, now in its 8th year. In 2016 she also founded Damesly, a tour company for professional and creative women.

Kelly wrote Go! Girl Guides: Thailand, our first release in September of 2011, along with photographer Krissy Sauter. Get your copy!

Over the 10 years since this blog has been established, we’ve had several contributing writers and editors. Here are a few of them: 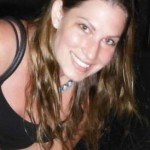 Angelica Wilk: Angelica is a Double Psychology Major who loves to travel and influencing others to do the same. While hopping around islands and cities across the globe, she enjoys documenting her journeys. She scuba dives and is the Online Editor for Go! Girl Guides.

Based In: Brooklyn, NY
Online Editor for Go! Girl Guides 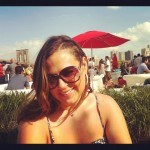 Molly Ford Leibowitz: From her first trip to Italy at age 12, Molly has always been in love with traveling. She’s lived in Chile, has been tattooed in Amsterdam and has had enough Vino Tinto to give any Spaniard the courage to run with bulls. She’s currently living in Brooklyn, where she rocks the travel PR world and serves as the COO of Go! Girl Guides and Kelly Lewis’ life.

Based Out Of: GGG Headquarters, Brooklyn 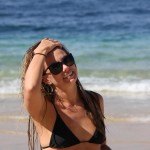 Ellen Guill: Ellen wanders. She wandered her way through Europe in 2007 during a semester abroad in Madrid, then through parts of the South Pacific after college graduation, and spent a year in South and Central America during 2010.  Most recently, she went on a solo adventure south of the border to research and write the travel guidebook Go Girl Guides: Mexico. 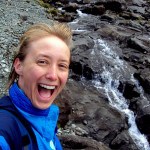 Sara Button: Sara learned the value of travel at an early age, on annual family trips in the U.S., Canada and Mexico. Not to be relegated to the North American continent, she made her first trip overseas at the age of 13 and has been finding ways to travel ever since. She has explored Etruscan tombs in Italy, made hostel beds in Ireland, and hiked volcanoes in Costa Rica. Follow her travels near and far on her blog, Bumblings of Miss Button. 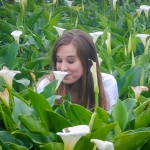 Casey Siemasko: Casey Siemasko is a freelance writer, blogger, and avid traveler. She finds her life inspiration by exploring new places and meeting new people, and seeks to find magic in the most ordinary of places. When she’s off the computer, she enjoys practicing yoga, training for marathons and scuba diving. Somewhere in there she also found time to write an eBook, 101 Tips to Living in Taiwan.

She and her husband comprise the two lovebirds and digital nomads documenting their travel musings at http://acruisingcouple.com. 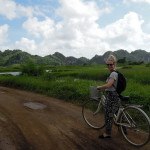 Katherine Sazdanoff: Katherine grew up in a teeny-tiny Midwestern town but always had big travel dreams. Since graduating from college, she has lived in three iconic cities (NYC, San Francisco and Boston), has frequently explored Europe and South America, and then in July of 2012 departed on a year-long around the world trip. Ever since she has been cycling, hiking, and motorbiking through Asia and Europe, all the while pursuing her passion for writing and photography. 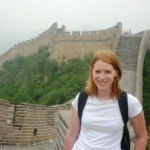 Clare Wilson: England is a very small country, and Clare’s got some big ideas and even bigger plans for her twenties (the “Decade of Adventures”). So far she’s volunteered in a South African township, got her degree, interrailed around Europe, done a triathlon, taken the Trans-Mongolian Express and lived in China… but that’s just the start. Right now she’s working in a chocolatier, having UK based shenanigans and planning her biggest adventure yet. Mount Everest and Australia had better watch out!

Check out her blog at Blue Dress and Backpack. 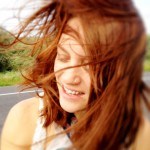 Jenna Hall: Jenna’s fascination for foreign spaces and far away places started at a young age while delivering shoes with her family to underserved villages in the Dominican Republic. Since then she has willingly catapulted herself into the most exhilarating and gut-dropping experiences of her life — like taking a flimsy motorboat from the puerto of Guatemala to Belize across the Caribbean Sea during a torrential rainstorm. For this adventure-hungry gal the woes and whoas!!! of travel have all been worth it. She has realized that traveling and experiencing first had what foreign culture is really like, serves as her ultimate passion!

Based out of: Tucson, AZ 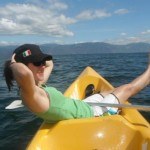 Traci Salisbury: Traci is a bold New Yorker who loves taking her empire state of mind global.  She holds a degree in International Business, and bleeds humanitarianism. Traci spent a semester in 2007 living in Italy and bouncing around Western Europe. In the past 3 years she volunteered at a homeless shelter in California, worked construction in New Orleans, and moonlights as a bartender everywhere she goes. She recently completed an epic 7 month backpacking trip through Central and South America and spent a month road-tripping the East Coast. 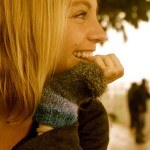 Page Buono: Page took her first adventure to Guatemala at 17 and it changed her forever. An internship with the United Nations took her to Uganda years later, where she bounced around refugee camps and started writing. She’s the author of the Patagonia section in our Argentina book. 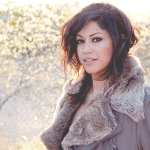 Erica Arvizu: Erica is a writer, an adventurer and a part-time bartender. She has a background in news-writing and is one of the co-authors of Go! Girl Guides: Argentina; A Woman’s Guide to Traveling in Argentina. She loves mate. A lot. 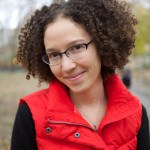 Sarah Enelow: Raised in rural Texas, Sarah has been living in New York City since 2006. Her favorite NYC experiences include living in a Catholic nunnery; being selected for a jury; riding in the first subway car while watching out the front window; being quizzed for the TV show Billy On The Street; meditating with the women who run Sister’s Uptown Bookstore in Washington Heights; taking a full moon tour of Woodlawn Cemetery in the Bronx; and arriving two hours late for a first date because she accidentally took the F train to Queens instead of the Lower East Side. Sarah has co-authored two NYC guidebooks for Not For Tourists and one of her essays won a Solas Award for Best Travel Writing. She’s been lucky enough to do a semester-long internship in Moscow, a Fulbright Grant in Northeast Argentina, and a month of writing for Not For Tourists in Beijing.