Trending
You are at:Home»Europe»Georgia»Our Favorite Georgian Foods
By Kelly on September 13, 2016 Georgia

Georgia is a fascinating country with a complicated and complex history. But one thing that’s not complicated here? The food.

Georgian food contains variations on the kinds of food you’d find in nearby Turkey or Greece, refined over the years of home cooking to be delightfully Georgian. Any of these foods will satisfy you, so long as you obey one golden rule: this food must be enjoyed with good friends, good stories and LOTS and lots of wine.

I had no idea what to expect when it came to food before my trip to Georgian, and most of the dishes I still can’t pronounce, but one thing I know for sure: I want more. 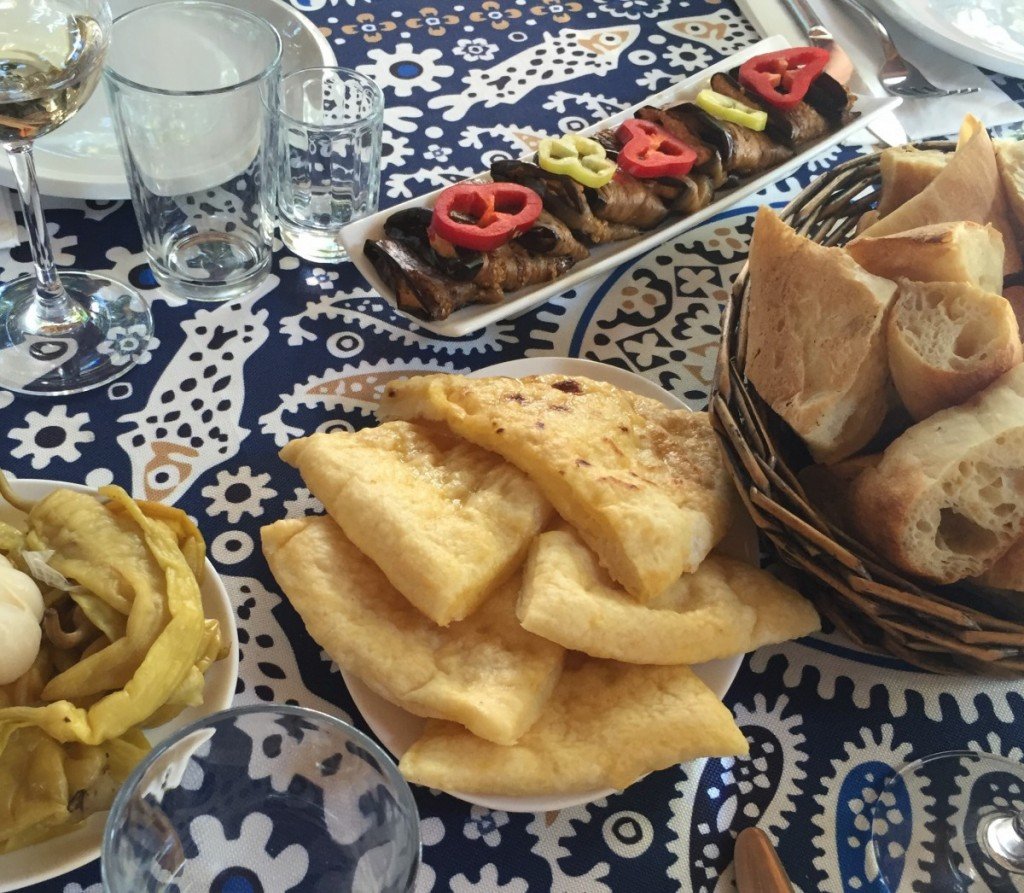 It’s the Georgian’s take on pizza, a cross between a calzone and a slice of deep dish. It’s deliciously gooey Georgian cheesy bread and I. Can’t. Stop. Wanting. It. You’ll see this famous dish at most meals in Georgia (I did, anyhow!). Bad for the waistband, good for the soul. 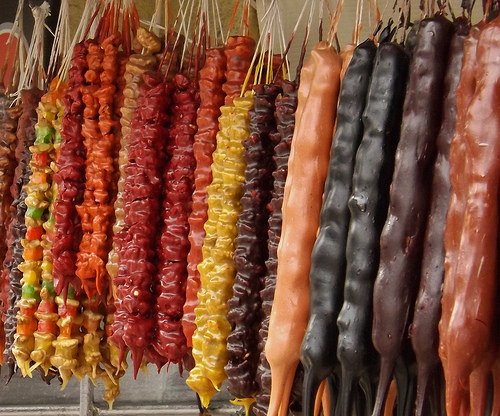 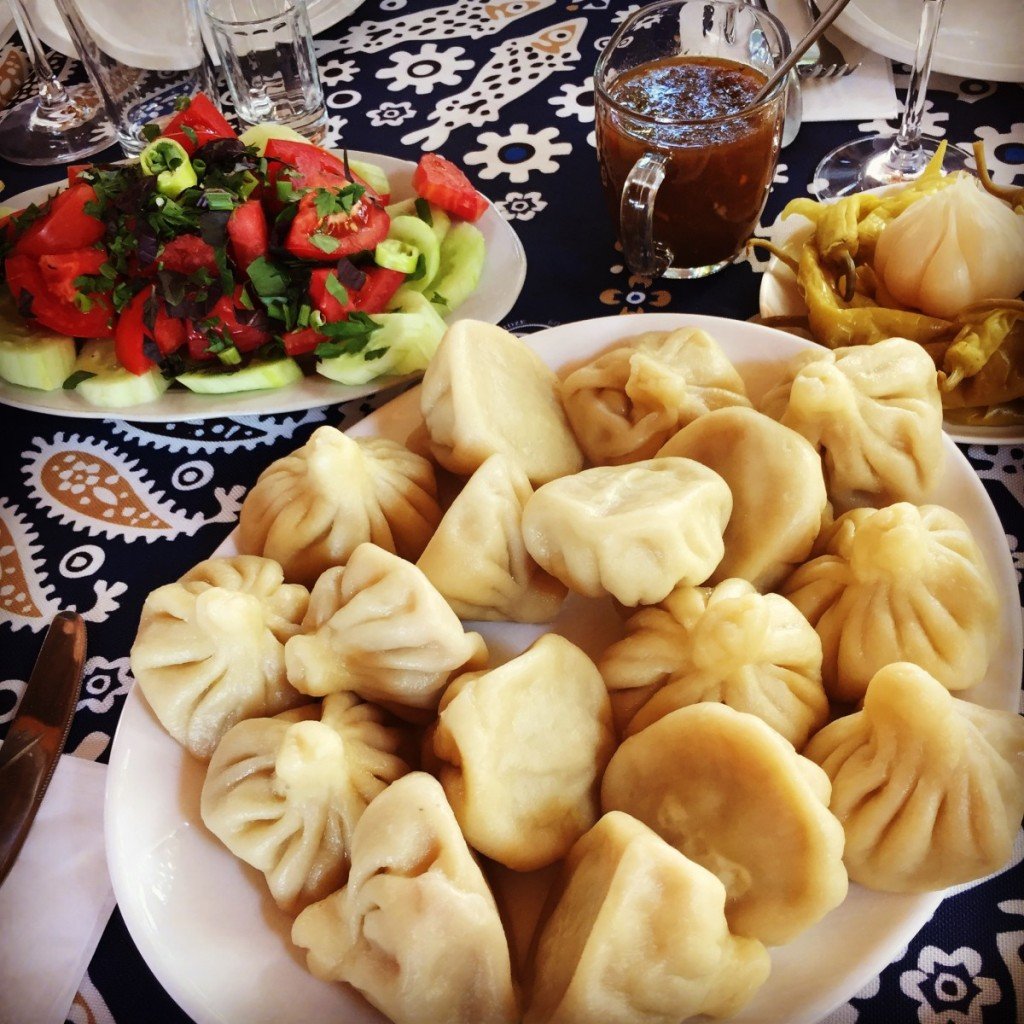 The theory goes that Georgia inherited great food because of its relation and proximity to the silk road: it was in the best destination to pick and choose the foods they liked from places like Mongolia, Turkey, Greece, even China.

Khinkali are Georgian dumplings, made to be eaten by hand. Bite a small hole out of the side and slurp the juices before devouring.

The folding of the khinkali in and of itself is an art, as the dough is intricately folded before steaming or baking. 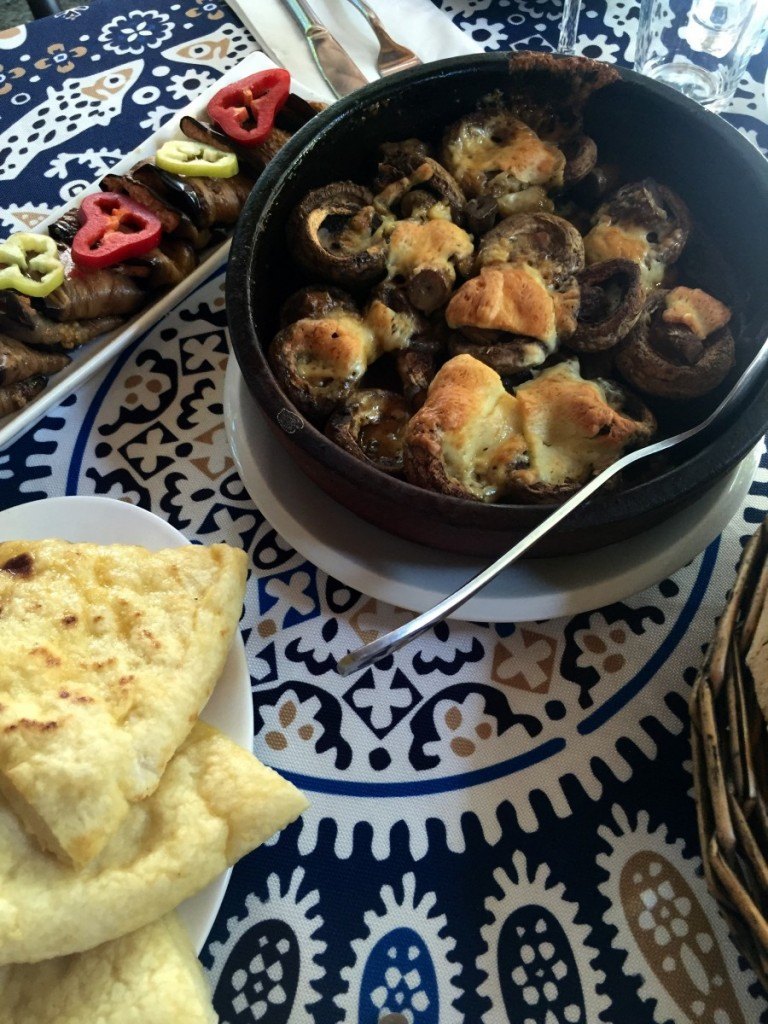 If you like mushrooms, you’ll love Georgia. Throughout my week there, these little guys showed up almost daily, cooked differently though always in a clay pot. Most often they were cooked with cheese, some oil and a little bit of garlic. 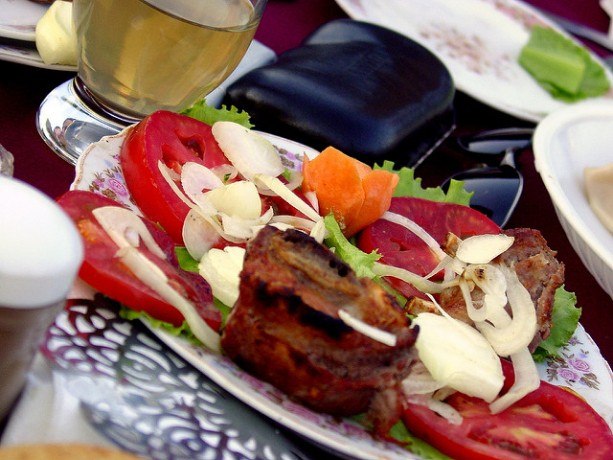 There are few things I like more in this world than meats cooked on a grill, and Georgia is the king of grilled meats. They’re served usually with little to no seasoning aside from a bit of salt perhaps, and often with onions or other vegetables. Sometimes they even come on a metal sword-like skewer. 😉

Have you been to Georgia? What’s your favorite food from this list?