Trending
You are at:Home»North America»Florida»Planning a Girl’s Weekend to Universal Orlando Resort
By Kelly on February 13, 2018 Florida

Like most women in their early 30s, Harry Potter books were a staple of my childhood—required reading in my 8th grade class, even. I had always wanted to visit Universal’s The Wizarding World of Harry Potter (mostly for the butter beer), so when my roommate suggested we make a trip of it, the next thing I knew, I was booking flights.

And guess what? It turned into such a fun girls’ weekend that I wanted to share it with you all.

Here are some of my top tips on how to make the most of a weekend at Universal Orlando Resort and its three parks: Universal Studios Orlando, Universal’s Islands of Adventure and Universal’s Volcano Bay.

Invest in an Unlimited Express Pass

I am a notoriously impatient person, and the thought of standing around in line for hours, all day long, just does not sound like fun to me. With an unlimited express pass, you can be at the front of the line in minutes, and you can ride as many times as you like. We took advantage of this in a big way. Visiting on a weekday, we were able to experience every single attraction in Universal’s Islands of Adventure and Universal Studios Florida in one day, and some, we even rode twice. 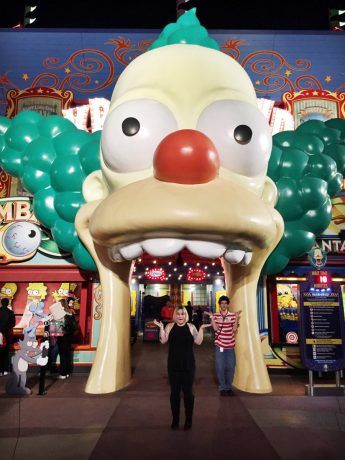 No one likes to stand around all day. If you’re smart and you invest in an unlimited express pass, you can maximize your time in the park and will most likely be able to do everything you’re looking to do. Without an express pass, you’ll have to set your priorities.

Our favorite rides in Universal’s Islands of Adventure were:

Our favorite rides in Universal Studios Florida were: 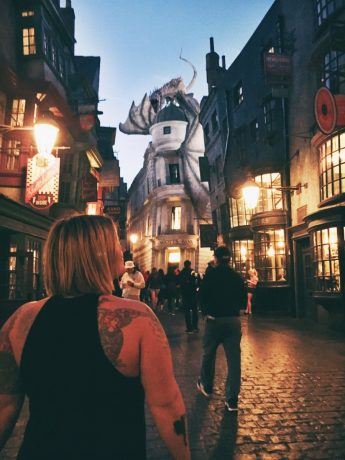 About The Wizarding World of Harry Potter

Many people (myself included) come to Universal Studios specifically for the Wizarding World of Harry Potter. But, you should know that the attraction is spread between both parks: Islands of Adventure and Universal Studios.

At Universal’s Islands of Adventure, you’ll find Hogsmeade and Hogwarts, as well as Harry Potter and the Forbidden Journey, a 4D ride that has you soaring in the air on broomsticks with your favorite HP characters. Stop by Ollivander’s wand shop, and throughout the village, use your wand at specific points for fun interactive magic.

On the Islands of Adventure side, you’ll also find Hogwarts Express: Hogsmeade Station, a train that feels like an attraction in and of itself, that will bring you to the other half of the attraction, in Universal Studios. Note, you’ll need a park-to-park ticket to board the train.

In Universal Studios Florida, you’ll find Diagon Alley, which houses some of the Wizarding World’s most famous establishments, including the Leaky Cauldron, a separate Ollivanders wand shop, and Gringotts bank (which also is a 4D, multi-dimensional ride).

It’s worth visiting both sides, but my personal favorite was Diagon Alley on the Universal Studios side. It was magical! 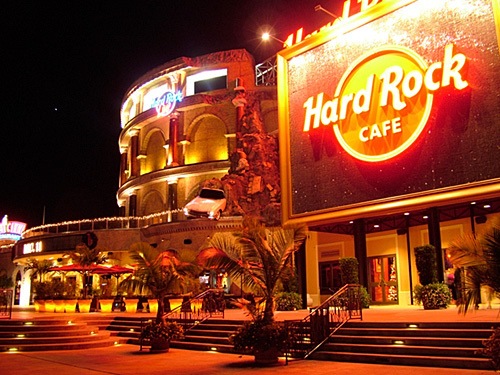 Make an Evening of it

Since we were already in the area, we decided to turn check out a show at Universal CityWalk. Hard Rock Café, located right next to the park’s entrance, frequently hosts shows—we were lucky enough to get tickets to The Killers, and it was so much fun to be able to ride rollercoasters all day long, and then dance all night at the show. There were also some really fun bars at the CityWalk as well, that we made our way through after the show.

Stay Close to the Park

Orlando as a city is fairly spread out, and it can take up to an hour to get from one part of the city to another. If you’re planning on drinking, your best bet is to stay within the park itself. If you stay at Hard Rock Hotel, Loews Portofino Hotel or Loews Royal Pacific, you’ll also get complimentary unlimited express passes and access to the park an hour before anyone else, in addition to complimentary shuttles to the park. Check out this full list of on-site properties to decide which property is best for you. 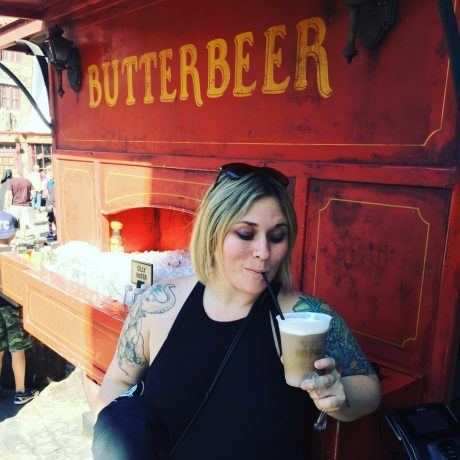 Dress for the Occasion

Every ride has a locker station in which you’ll lock up your belongings—so it’s worth it to bring a large purse that has sunblock, a light jacket (for when the sun goes down) and maybe an extra pair of leggings, if you plan on riding a ride in which you’ll get wet. We visited in January and were surprised at how chilly it got in the evening. Come prepared! 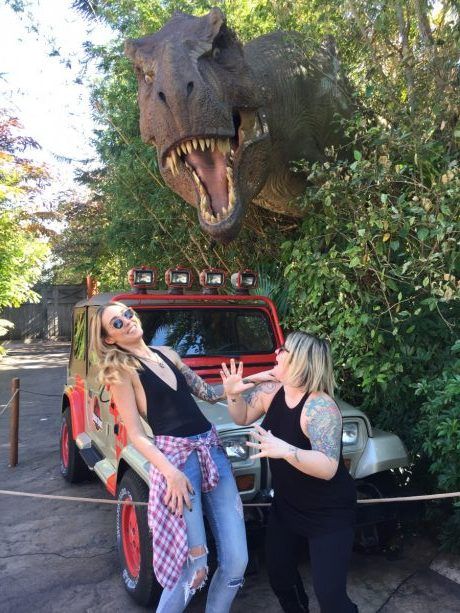 Lastly, Go With the Flow

We knew the attractions we had visited for, but we squeezed in a few more just for fun, because we had the time, and we could. Being flexible is key—pop into an attraction you might not have, just for fun. Grab a turkey leg when you’re hungry, or sit down to a larger meal at a restaurant at City Walk. A visit to Universal Studios should be fun and stress-free. Don’t get caught up in feeling like you “have” to do everything—do what feels like fun!

Have you ever visited Universal Studios or Islands of Adventure?