Trending
You are at:Home»North America»New York»Is It Safe to Travel on the NYC Subways? – A Guide to Navigating NYC Public Transportation Safely!
By Teresa updated on May 11, 2018 New York, North America, Safe Travel, Solo Female Travel

Is it safe to ride the NYC subways at night?

“Should we just take a taxi?  Is it safe to ride the NYC subways at this hour?” my friend asked as we were heading home at 1 am after a few drinks out with friends–and this girl has been in New York City for five years.

If you’re shy about riding the subways in New York, don’t be, it’s something we all think about! While travelers coming from Asia or Europe might first be surprised by the dirtiness of the subways, this is the lifeline of New York City.

When Hurricane Sandy wrecked havoc to our subways last year, no one could get anywhere for days. As with most things for a solo female traveler, what you do all depends on your own comfort level.

Personally, I have always taken the subways home, even a late hours and have never felt particularly unsafe. Uncomfortable? Maybe. Started chatting with a possibly crazy man who told me I had “imperial” looks? Sounds about right. Sitting next to a sleeping homeless man who smelled questionable and with a leery guy across from me? Yes, definitely.

But I never felt that I was in serious danger.

The key is always to be smart and look like you know what you’re doing.

Here are Five Tips when Navigating the NYC Subways 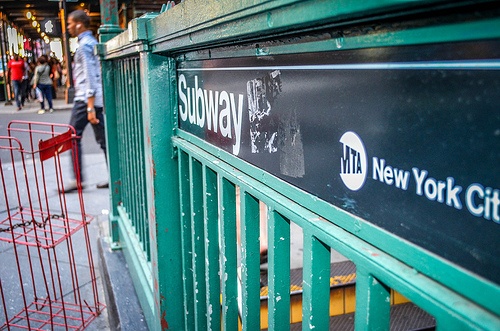 If you’re riding the subway during the day, you will have no problem. If you have a smartphone, there are many apps that you can download. A few good apps include SubwayTime or EmbarkNYC, and Google Maps can show you how to get to your destination.

Although the subway doesn’t always run on time, these do give you a pretty good estimate of when the next train is. Just remember that there is no wifi or service down in subway stations so check this before you go down under! (The map is always available offline.)

Also, the MTA is notorious for changing weekend schedules due to construction (just assume there is always construction going on), so definitely check that the subways you need are running before you swipe in and realize you just lost $2.75.

Stand and wait in safe areas

If you’re riding the subway at night alone, many stations have a MTA agent in the booth. If not, many stations also have a designated nighttime waiting area where it is monitored by security cameras. So if you feel particularly uncomfortable, wait near the MTA ticket booth or one of the designated zones. 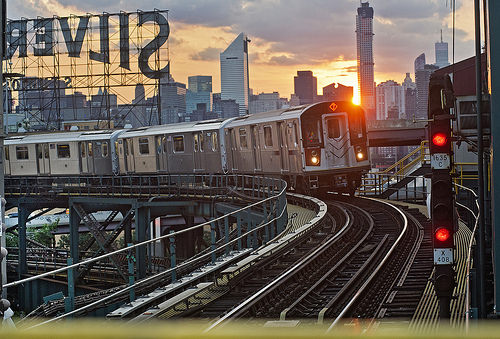 By: Metropolitan Transportation Authority of the State of New York

Walk with a purpose!

If you’re changing trains at a station or walking to or from station late at night, walk like you know what you’re doing. Google Maps or check how to get to the closest subway station before you leave your previous destination so you don’t look like an easy target late at night.

Tyra Banks once said that when she was starting out as a young model in Paris, she talked to herself and shook and looked like a crazy person when she was getting home late so other people wouldn’t mess with her.  You don’t have to go to that extreme, but if you look like you know what you’re doing, people will leave you alone.

Take a short cab ride along with a longer subway ride

Teresa is a twenty-something cliche of all cliches: a fresh just-out-of-college graduate who moved to the big city. Although based in New York City, she dreams about traveling around the world. Currently, she's been to 36 countries and counting. Her personal goal is to travel to all seven continents by the time she's 25 and only has Antarctica left! With a degree in hospitality, she dreams about exploring the world...one hotel at a time. You can contact her at honesthotelier@gmail.com and read about her hotel adventures at www.honesthotelier.com