Trending
You are at:Home»Asia»Sri Lanka»Colombo For Solo Travelers
By Kelly on April 26, 2017 Sri Lanka

I was really excited to come to Colombo—I booked a three night, four-day hotel stay here just so I’d have enough time to explore it. But quickly after arriving I realized I’d need to spend much more than a few days to understand this chaotic city.

For solo female travelers (that’s me), it’s a bit overwhelming. Luckily I was staying in the cutest boutique hotel ever, which made me feel right at home and became my oasis from it all.

What made it feel so overwhelming? Well:

The Men Stare At You

I don’t mean they look at you while you’re walking down the street and then look away. I mean they stare at you. It’s pretty uncomfortable at first.

I thought for sure it was just that I was a blonde foreigner—but then my local Sri Lankan friend told me she gets looks, too.

Which leads me to believe that it’s a combination of being both foreign, and female.

There’s really no easy way to deal with this other than to keep walking. A few times out of habit I looked back—when someone’s staring at you, it’s natural to return the gaze—but I found it easier to just keep my head down and keep walking. If I pretended no one was looking at me, then maybe no one really was?

But they were, of course.

There’s a Misperception About Western Women

That we’re loose in the, ahem, morals department. This opinion is pretty commonly thought by men around the world, but here I find it particularly noticeable. I was up my first night googling “solo travel sri lanka safety tips” when I came across this awesome article.

Then I read it. Then I read the comments. Then my heart sank when I got to this one:

Is this really what everyone is thinking about when they stare at me? The ick factor just washed over me like no other, and for a second I was resolved to staying in my hotel for the duration of my time in Colombo.

But the next morning I woke up, I put on my big girl pants, and I went downstairs. I went all over the city that day, and you know what happened? Nothing.

Well, I almost had a heat stroke, but that’s another story. The city is totally safe and I had a great time exploring once I got over my initial fear. 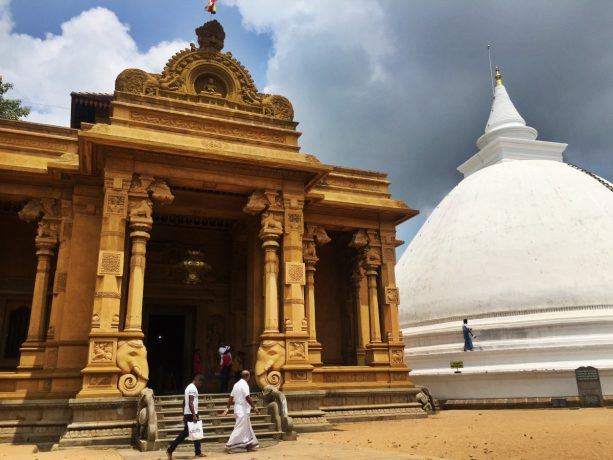 The Main Sights of Colombo

Can be seen in a day, maybe two if you wanted to spread it out. Here are the most popular attractions:

The National Museum: At 95 degrees with 80% humidity I thought “Awesome! A museum, I’ll do that!” It was not a pleasant surprise to realize this national museum is not air-conditioned. Hot hot hot. So hot. But interesting too, with lots of buddhas and paintings and old knives and cannons and things.

The Gangarama Vihara Temple: The most popular temple in Colombo. It’s beautiful and fascinating and certainly worth a visit. Just make sure you dress appropriately (cover your shoulders, knees, chest).

Galle Face Green: A nice stretch of green grass overlooking the sea, where vendors set up at sunset and sell snacks and drinks.

Viharamahadevi Park: Just across the street from the National Museum. Worth walking through on an afternoon that’s not scorchingly hot.

Seema Malaka & Beira Lake: A very cute temple floating on the Beira Lake, which is also a nice place to take a stroll or rent a swan shape boat (100 rupees for 30 mins).

Kelaniya Temple: It’s a bit outside of Colombo (ok, a big bit) but it’s a beautiful quiet and sacred temple where the Buddha is believed to have sat after obtaining enlightenment. I came here on accident–my tuk tuk driver asked if I wanted to see something good and I said yes. I’m glad I did! 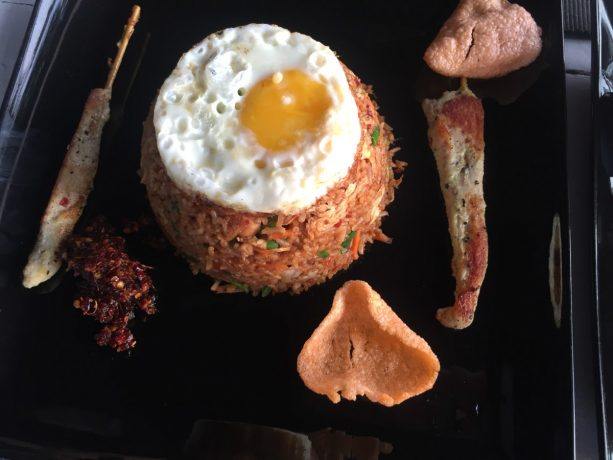 Other Things I Loved About Colombo

The curries of Sri Lanka are particularly delicious and Colombo for many travelers is their first taste. It’s a bit spicy for me, but hey, I’m a wuss. A particularly lovely meal was had at Shore by O!, on College Avenue, overlooking the ocean, and every breakfast at my hotel.

In particular, Penthouse Above the Sea, which I highly recommend to anyone traveling to Colombo, especially solo female travelers. It’s a lovely hotel with beautiful private (air-conditioned, thank god) rooms overlooking Colombo. It is truly an oasis, owned by a lovely couple who do all they can to help you enjoy your time in Sri Lanka and plan onward travel. I have loved every minute of my stay here.

By and large, are lovely. My most recent tuk-tuk driver was telling me all about his adventures in America and we had a lovely ride back to my hotel. It is people like this who make up the best part of Sri Lanka. As I’ve always said:

The world is mostly safe, and people are mostly good.

Sometimes you just need to bite the bullet, go outside, explore the world and see it for yourself to remember this. At least that’s true in my situation.

Weaving in and out of traffic at high speed in a tuk tuk feels like a giant game of frogger. It’s hilarious and fun, but make sure your tuk tuk driver switches on his meter, and that you know where you’re going before you get in.

Tomorrow I’ll set off to explore the island of Sri Lanka, in an effort to write an awesome guide for solo travelers. Any suggestions for me?