Trending
You are at:Home»Expat»How to Bust the Language Barrier
By Julie on February 12, 2016 Expat

If you’re reading this, you’re an English speaker. And as a traveler, that has many advantages.

English is the most widely spoken language in the world (when counting folks who have learned it as an additional language, since native speakers of Mandarin Chinese outnumber native English speakers.)

You’ll find your mother tongue all over the world, everywhere from food shops to train stations, creating a subtle support system that would, in theory, allow you to traverse the globe without ever engaging in another language.

But what’s the fun in that?

Smacking into the language barrier is a fantastically eye-opening experience.

You’re forced to rely on other resources to think fast. In a world of signs and signals, not knowing how to read things like a shop sign or street name means you’ll need to engage with strangers a lot more just to do basic, everyday tasks.

Here’s a Go! Girl’s tool-kit for getting by when you have no idea what to say…

The lesson you learned in preschool will serve you well on the road: always be polite.

Wherever you’re going, learn a few basic niceties so you can show your true colors as a kind and respectful visitor.

Do your best to research, remember and repeat the local words for please, thank you, you’re welcome, pardon me, good morning and good night. Practice the pronunciation. Hitting these words on the head will let you make a good first impression.

Then you can move on to…

Body language really is a helping hand. I can’t believe the number of things I was able to communicate just by pointing, shrugging or making a little walking motion with my fingers.

Don’t be afraid to be silly.

The person you’re trying to talk to will often become just as dedicated to making the communication happen as you are. If you’re good at charades, you’re golden.

If you’re not a champ at acting things out, there are other ways of motioning toward a message.

Before I went abroad, a friend gave me a post-card sized book with little pictures on each page of common items: food, services, medicines, destinations.

The point of the book was…to point! 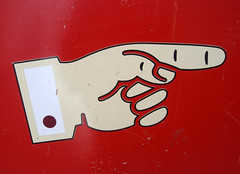 Want an ice cream and don’t know how to say that in Swahili? Whip out your handy picture book and point to the ice cream cone. Your interlocutor will shortly be pointing you in the right direction.

If you’re truly showing the locals you’re making a concerted effort, and at the same time aren’t ashamed to flail (or fail!) in your attempt to talk, you’ll do very well just about anywhere.

But what about taking it to the next step, and really starting to speak in the language of the land you’re traveling through? Here’s how to step it up a notch for immersion learning:

When I was traveling in England, I volunteered with people from around the world who had come to improve their English.

All of them toted around a little notebook and a pocket dictionary. At any time during our conversations, they might pull out the book and jot down a new word or phrase we’d just used in chatting. It could be anything from the functional to the downright funny.

I armed myself with my own notebook and dictionary when I went to Italy later on, not knowing much of the language. I quickly found that writing out a word made it stick in my mind a lot faster – in writing, reading and repeating that word, you’re using multiple pathways in your brain, trapping the word in that noggin of yours all the better.

The accompanying dictionary helps too, because as well as hearing someone use a word in context, looking up its definition gives you more clarity regarding the nuances and use of the word.

Learning pop songs or folk songs in the language you’re attempting is a fantastic way to pick up phrases and vocabulary. Once you get a tune in your head, you’ll be dying to fill it out with all the lyrics!

Chances are you can download the song and listen to it on your iPod when you’re in transit or walking around – doubling as entertainment and a portable language lesson!

Whether you’re cooking for yourself on a long trip, or are just out at a restaurant and find something new and delicious – ask for a recipe and write it down in the local language!

You’ll probably win friends among the locals by asking for the recipe of a regional specialty or something delicious they’ve cooked up for you. 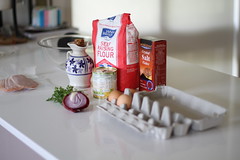 Recipes also include a lot of components that are helpful: measurements include words and numbers; ingredient lists cover a lot of basic food vocab; the directions (i.e. add, mix, pour, separate) are great action words that will help you learn verb forms, and it’s surprising how many translate into other situations too.

The bonus? When you practice with these, you’ll end up learning a language and cooking your own tasty reward!

And I remember every single PG-13 quip.

The tips above will let you build up your communications abroad, but keep in mind the universal foundations: moments when you can exchange a smile or share a laugh cut through any language barrier faster than you can say…nothing at all.

So get out there, and don’t let the gato, pisica or katze get your tongue.

How did you cope when roaming in regions where you didn’t speak the language? Have you learned any languages as a traveler? Got any great memories of your most ridiculous translation goof? Write in and tell us what you’ve got to say – in any language!

When Julie was a little kid, she conspiratorially whispered to her dad, "You know what? I have powers." It took the world, and Julie, about 20 years to figure out what the heck she meant by that. But in 2010, when a chance backpacking adventure turned into a year of transformational travel, she cracked it: her super power is Wonder Wandering. Her mission? Using her powers of volunteering for globe-trotting good, not evil. Her kryptonite? Stayin' put.