Trending
You are at:Home»Asia»Pudong vs. Puxi – Where to Stay in Shanghai
By Samantha Bryant on November 6, 2014 Asia, China

Whether you are relocating to Shanghai for a job or simply planning a quick visit, knowing where to stay is crucial.

Shanghai is massive-it has to be to accommodate over 20 million people-so knowing what you are looking for in accommodation is very important.

Here’s what you need to know about the different neighborhoods of Shanghai. 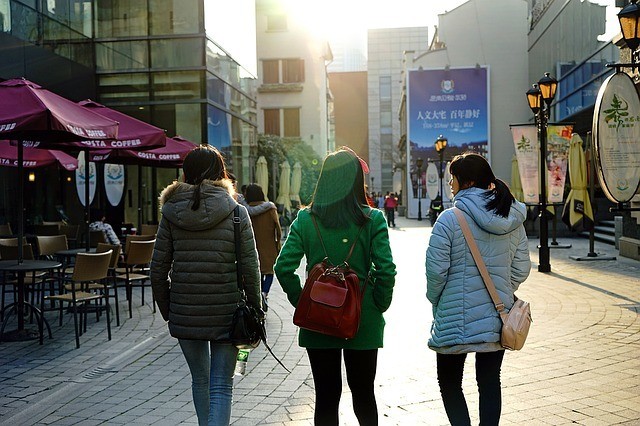 The Neighborhoods of Shanghai: Puxi vs Pudong

Shanghai is divided by the Huang Pu, creating the Puxi and Pudong sections of the city. Xi means west and dong means east in Mandarin, so you have west river and east river. These areas of the city are completely different.

Puxi is considered the “old city.” This is where you will see more traditional style housing, crowded streets, and older buildings with lots of character.

Puxi is also where most of the nightlife can be found. There are countless bars and clubs around the area. Puxi is also home to the former French Concession, which is a popular hub for expats and locals alike.

If you’re thinking of staying in Puxi, try the Intercontinental Hotel or the Shanghai Marriott Hotel Hongqiao.

Almost everything in Pudong has been built within the past 25 years. Pudong is home to the financial district and the Pearl Tower, beautiful parks, and lots of high-rise buildings. There are a few bars, especially out towards the Jinqiao area, plenty of restaurants and lots of places to go shopping.

Both areas of the city are home to expats and with the metro it is very easy to go from one side of the river to the other. However, during rush hour this can be a bit hectic. Taxis are an option, but traffic can be a nightmare.

Typically I’ve seen that younger, single expats tend to prefer Puxi because of the nightlife and availability of cafes and restaurants within walking distance. Couples with children generally love Pudong because there is plenty of space outside for the kids to play.

Popular tourist destinations, such as Jing An Temple, People’s Square Park, and the Financial District are all centrally located and are easy to get to from the Metro.

My suggestion? Figure out where you would like to spend most of your time and select a spot there. Commuting all the time can be too much of a hassle and you want to enjoy the city as much as possible!

Which neighborhood have you stayed in within Shanghai?

Samantha is a travel addict and nomadic teacher currently living in Shanghai. Any chance she gets, she is getting off to a new location or explore, either in China or somewhere with a great deal on tickets. Before China, Samantha spent two years in San Pedro Sula, Honduras and two years in Doha, Qatar. During her time abroad she has had the wonderful opportunity to travel all over Central America, central Asia and some of Eastern Europe. As much as Samantha loves to travel, she also makes time to return home to Florida to see her family whenever she can. Her current ambition is to travel to and explore 40 different countries by the time she is forty. Only 12 to go!