Trending
You are at:Home»North America»New York»5 Things You Should Know About Traveling to the US
By Kelly on September 18, 2017 New York

If you’re planning on visiting the US, there are a few things you should know. For one, you might have to pay a tourist visa, depending on where you’re from.

There are a few places in the US that are very popular for visitors. One of those places is New York City, and if you’re there, we definitely recommend getting the lay of the land with a bus tour via Go New York Tours in NYC.

But before you do, you need to prepare yourself mentally on how to handle etiquette as you stay in the United States.

Whether traveling to the US for pleasure or business, the following advice highlights some of the unspoken cultural differences. It will give you an insight into how New Yorkers operate. In general, people are friendly but prefer personal space, and your trip will likely be met with nothing but good vibes.

Dealing with the Cops

You aren’t likely to encounter problems with the police in the US, but if you do, never attempt to bribe a police officer. In some countries, bribery may be the norm, but that’s not the case here. In most cases, foreigners are not offered the benefit of doubt, and even the minutest suggestion that may be interpreted as bribery will be frowned upon.

In general, New Yorkers are strong willed but have somewhat weak sensibilities. In fact, many New Yorkers will rapidly change the subject or altogether excuse themselves whenever a political discussion takes an inappropriate angle. When this happens, do not pursue the topic further, but once you are better acquainted with someone, political criticism and discussion might become acceptable.

Political debates can turn into intense arguments that may even trigger violent behavior. For this reason, you are best off avoiding talking about politics altogether. 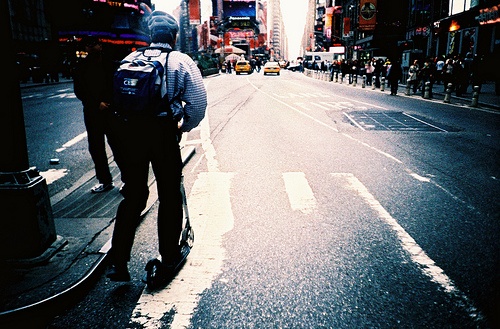 New Yorkers love cleanliness; compared to some parts of Europe, New Yorkers may come off as obsessive with their daily showers and twice a day teeth brushing. Proper dental hygiene, and frequent visits to the dentist are a norm in the Big Apple. In addition, excessive body odor is considered offensive, as well as excessive use of colognes and perfumes – bad breath also isn’t welcomed.

The Country’s Class and Social Status

While class distinctions are routinely remarked in countries like India, in the US, it is virtually unheard of.

New Yorkers believe that respect is earned through one’s integrity and actions. Open-mindedness, politeness, and honesty will win you much more respect than your level of education, wealth or age. In fact, when you hear New Yorkers referring to each other as lower, middle or upper class, they are not referring to social status, but to economic status. 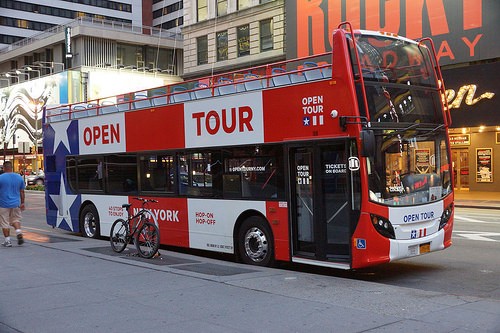 When it Comes to Personal Space

The physical intimacy between ladies in Turkey will seem strange in the US. In fact, when on New York City public transport, tourists give themselves away almost instantly because they tend to sit up too close to each other. Unless you are in an overcrowded train, make sure that you have about an arm’s length of space between yourself and everyone around you.

It is considered very invasive for an individual to sit directly next to a stranger when there are open seats available on public transport vehicles. Apart from handshakes, New Yorkers do not typically touch people from outside their family circles and may respond aggressively when grabbed, pushed or poked by strangers. New Yorkers also do not do cheek kissing as a greeting, and when they do it, it is often only with members of the family.

New York is a welcome, diverse and exciting place and you’re sure to have a good time here. Remember, most people in New York are receptive to helping you if you’re lost, just approach strangers with a smile and kindness.

Have you traveled to the US? What’s your perception?