Widely recognized as the culture capital of America, New York City has some of the finest art museums and galleries in the world. The institutions feature an incredible array of artwork, from traditional classical paintings and sculptures to abstract art and contemporary pieces. The most significant exhibits are dotted around downtown Manhattan in a number of principal venues. Be aware that taking a comprehensive tour of the museums is time consuming and it’s simply not possible to do New York City’s museums in a day.  Read on for our tips about what you should make a point of seeing at each gallery.

This is the largest attraction in New York on a single site and is known locally as The Met. Situated on Fifth Avenue at 82nd Street, almost six million people visit every year and many return again and again – there is just so much to see and do. Founded in 1870, the museum has 17 acres of impressive galleries – that’s almost as many as 13 American football fields – and two million objects in the permanent collection. The Met is particularly well known for its splendid display of parts of ancient Egyptian temples and associated pieces, plus art dating back to the Paleolithic period when primitive stone tools were first developed. This section is just north of the Great Hall on the first floor, and children always seem to take a special delight in the Egyptian galleries.

The second-floor galleries display European paintings and works from Asia and the Middle East. For a sneak preview, visit the museum website to view the entire collection of European paintings – you can search by artist, keyword, period, or style. This is a great way to prepare for a visit. Alternatively, browse some 3,500 objects made up of 50 of the best highlights from each of The Met’s curatorial departments.

The extensive American Wing of the Met features numerous important domestic works of art. Other interesting collections include Arms and Armor, Arts of Africa, Oceania and the Americas, both of which are on the first floor. Musical Instruments and Photographs are found on the second floor. Bear in mind that each of the itineraries recommended by the Director for a half-day visit covers one single floor. The Met permits photography for private use and allows you to sketch the permanent collection. 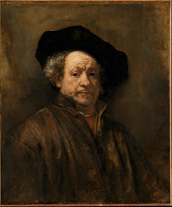 Must See Work:  Rembrandt Self Portrait on view in gallery 634

Designed by architect Frank Lloyd Wright, the Guggenheim Museum in New York opened in 1959 on Fifth Avenue at 89th Street. It houses eight separate, but interrelated, collections of artworks. The founding collection was of Solomon R. Guggenheim’s nonobjective or abstract art. This public display was sanctioned when he established a foundation in 1937. Guggenheim’s niece, Peggy, also had a collection of abstract and surrealist sculptures and paintings. Over the decades other collections have been added, and The Guggenheim is now home to a richly layered assemblage of international works that date from the 19th century to the present day.

Because of its striking and unique design, the Guggenheim has appeared in countless films and TV programs. The museum exhibits works by Jackson Pollock, Kandinsky, and Picasso, and paintings by Degas, Monet, and Van Gogh. European and American Conceptual, Environmental, Minimalist, and Post-Minimalist art (the Panza Collection) was donated by Count Giuseppe Panza di Biumo while the Thannhauser collection comprises a selection of Impressionist, Post-Impressionist, and Early Modern masterpieces given by Justin K. Thannhauser.

The Guggenheim has sister galleries in Venice, Bilbao, and Abu Dhabi and while in New York some collections are permanently open (Thannhauser), others, like Kandinsky, are rotated. 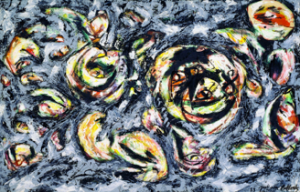 MoMA is one of New York’s favorite museums, and the first museum in the world dedicated solely to modern art. Located between Fifth and Sixth Avenue on West 53rd Street, it was founded in 1929 as an educational institution and is dedicated to showing modern artworks, many by the masters of the genre – Matisse, Warhol, Lichtenstein, Bourgeois as well as Picasso, Cézanne, Rousseau, Van Gogh, and Jackson Pollock.

Home to 135,000 works, including architectural models, design objects, drawings, paintings, photographs and prints, the top-notch sculptures and paintings are on levels four and five. It therefore makes sense to start your tour on the top levels and work downward. If architecture and design is of interest to you, level three has a fine collection of drawings and photographs. There are fascinating works in the contemporary galleries on level two, as well as illustrated books and prints. Levels three and six are used for special exhibitions, and there is a sculpture garden on level one along with an education center.

MoMA has a strong educational element as it presents film and performances as well exhibitions. A major new building project promises to expand MoMA’s galleries and public spaces with the overall objective of redesigning how the collection is presented and offering a more accessible, engaging experience. 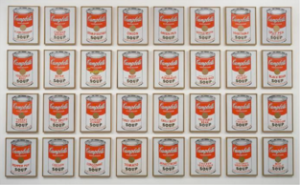 At Madison Avenue on the corner of 75th street, the Whitney Museum of American Art seems to reflect the brutalism style of it’s architecture when it comes to programming, as it focuses on 20th century works that often provoke strong reactions. Marcel Breuer and Hamilton Smith designed the current functionalist museum building, which opened in 1966, while Michael Irving acted as a consulting architect.

The collection features works by 3,000 artists, which originated with sculptor Gertrude Vanderbilt Whitney. A passionate advocate on behalf of living American artists, Whitney realized that artists creating new, imaginative, and cutting-edge work at the beginning of the 20th century found it almost impossible to sell or exhibit in the United States. In response, Whitney began to purchase and also to show their work. In so doing, she became the leading benefactress and patron of new American art from the time she began her collection in 1907 until her death in 1942.

There is no doubt that Whitney had a fighting spirit. When she offered to donate 500 works to MoMA in 1929, her offer was rejected, so she promptly founded her own museum in Greenwich Village, where it remained until 1954 before relocating to New York.

The Whitney Exhibitions include in-depth retrospectives of some of the major 20th century avant-garde and contemporary artists, such as Rothko, Jasper Johns, and Edward Hopper. The permanent collection is housed on the fifth floor. There are also group shows introducing relatively unknown or young artists to a larger public. Since 1932, artists have been invited to show work they have produced in the previous two years at the Biennial – another of Whitney’s innovations. This is the only continuous series of exhibitions in the US that surveys recent developments in American art, and there is always something controversial to be found. The Whitney also presents exhibitions featuring architecture, photography, film, video and new media. 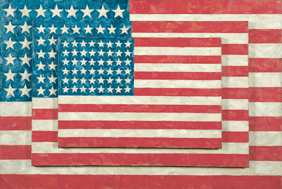 Those lucky enough to be in downtown New York on the second Tuesday of June can experience a real treat. Every year, during the evening, Fifth Avenue is closed to traffic and opened to pedestrians, street entertainers, and musicians for the Museum Mile Festival. There are nine museums along the route, which stretches for 22 blocks from the Met to El Museo del Barrio, and all of them fling open their doors to visitors for free.  As you can see from the picture above, this is a very busy period on 5th Avenue, so book your stay early.  We have booked through www.Expedia.ca many times in the past and have benefited from great deals at busy times such as this.

Art lovers will instantly recognize the Art Deco style skyscrapers, such as The Empire State Building and the Chrysler Building, as well as the iconic Statue of Liberty. In fact, there is a fabulous collection of more than 300 outdoor statues and sculptures in the streets and parks of the city, many which are by famous artists including John Quincy Adams Ward (1830 – 1910) and Daniel Chester French (1850 – 1931). The best way to find the hidden gems is to visit the parks, including Central Park, City Hall Park, Riverside Park on the Upper West Side and Battery Park, at the southern tip of Manhattan Island.

If contemporary sculpture is your preference, check out the broad selection and changing exhibitions at Socrates Sculpture Park. It’s located on Vernon Boulevard in Long Island City, Queens at the intersection of Broadway. While in Long Island City, travel on to the Noguchi Museum and Garden at 9-01 33rd Road, where about 25 sculptures are on display in the museum’s sculpture garden – all by Isamu Noguchi, the renowned Japanese-American designer.

Of course, if a trip to The Met is already on your itinerary, there’s always the delightful Roof Garden to visit between April and the end of October, featuring sculptures each year from a different, internationally acclaimed artist.

Never have there been more opportunities to experience and enjoy the world’s cultural heritage in New York City than there are today. Europe has fabulous museums and art galleries, as well as sculpture parks and gardens, but the array of choices and the sheer diversity of what New York has to offer makes the city a genuine contender for the world’s “Capital of Culture”.

Which art museums in NYC are your favorites?